I haven’t really commented much on Rowan’s resignation (though watch my piece in this week’s Anglican TV – out soon – for a bit of a hint as to where I’m at about it) but this piece from Tom Wright is brilliant, not just in its appreciation of Rowan’s finer points, but also the nature of the discernment of his successor. 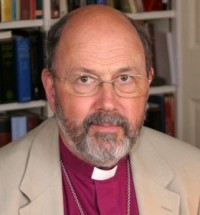 â€˜Here to introduce Bachâ€™sÂ St Matthew Passion,â€™ said the radio announcer, â€˜is the Archbishop of Canterbury, Dr Rowan Williams.â€™ My companion and I listened eagerly to a lucid account of St Matthewâ€™s theology, and of how Bachâ€™s music involves every hearer in the events of Jesusâ€™ death. But at one moment the speaker paused, as though searching for a word. Didnâ€™t he have a script? Next time I saw the Archbishop, I asked him. The BBC, he explained, sat him in a studio and asked him to talk about his favourite music. How many Archbishops could have done that, I wondered â€“ at the same time as writing a book on Dostoevsky, debating with Philip Pullman, and plotting a visit to Robert Mugabe? Not to mention the thousand shocks that episcopal flesh is heir to.

Shocks there have been. Nobody in 2002 saw what was coming. Thatâ€™s why many of us, courteously disagreeing on some issues, have remained convinced that Rowan was the right man for the job. Shallow, polarizing analyses remain irresistible for commentators; many in the church go along for the ride. But Dr Williams is a thinkerâ€™s thinker. He burrows down into an issue, reads it up, mulls it over, prays it through, and then speaks his mind. We have needed that. He is a classic Anglican theologian: not one for big, clunky systems, but solid, deep and rich in his study of the Bible and the Fathers. To hear Rowan expounding St John or St Augustine is to encounter Anglican theology at its best. Watch him translate that theology into pastoral mode: with children, say, or praying quietly with someone in the wings of a conference. Like all loveable people, he can be infuriating. But loveable none the less.

His mind has been, above all, for unity, always central to a bishopâ€™s vocation. Not a shoulder-shrugging, lowest-common-denominator unity, but the hard-won, costly unity that makes demands on charity and patience rather than on conscience. He has worked hard for that unity within his own Anglican Communion and across denominational lines. He is one of a tiny handful of Anglican theologians to be a household name in Roman and Eastern Orthodox circles; and he has won friends in the free churches, too. When he was an official observer at an international Methodist conference twenty years ago, he complained in his closing remarks that they hadnâ€™t sung his favourite Wesley hymn, â€˜And Can it Beâ€™, with its solid gospel affirmation, â€˜No condemnation now I dread; Jesus, and all in him, is mine!â€™ They obediently stood up and sang it.

A measure of how much the struggle for unity has cost was Rowanâ€™s moving sermon on the 450thanniversary of Thomas Cranmerâ€™s death. Cranmer struggled with conflicting personal, political and theological loyalties. The careful balance of his prose reflects an anguished attempt to hold together a church and nation in crisis. Rowan clearly identified with his predecessor.

Whoever had been Archbishop these last ten years, in fact, would have had it tough. Anyone who tried to pull harder on the line would have seen it snap. But the Anglican Communion is still in a dangerous position. The 2008 Lambeth Conference showed that three of the â€˜instrumentsâ€™ that are supposed to unite the Communion (the Anglican Consultative Council, the Primatesâ€™ Meeting, and the Lambeth Conference itself) arenâ€™t working well. Only the fourth one, the Archbishop himself, held things together, giving powerful addresses and inspiring personal loyalty. It may not be possible, and it certainly isnâ€™t desirable, for a successor to rely on doing the same. Many Anglicans worldwide, facing poverty, persecution or both, rely on the Communion as a lifeline. We need a firm, broad base, such as is now proposed in the Anglican Covenant which Rowan has backed to the hilt.

Rowanâ€™s style has been private and unstrategic. Once, questioned about strategy, he responded crossly â€˜I believe in the Holy Spirit!â€™, seemingly oblivious to the possibility that the Spirit might work through long-term planning. Maybe thatâ€™s what we needed then. Certainly nobody doubts that he leads by example in his life of prayer and self-discipline. But we now need consultation, collaboration, and, yes, strategy. Despite routine pessimism, the Church of England isnâ€™t finished. In a sense, itâ€™s just getting going. We need someone with vision and energy to pick up from where Rowanâ€™s charismatic style has led us and to develop and deepen things from there.

A new Archbishop must be allowed to lead. Yes, there are deep divisions. Part of the next Archbishopâ€™s task will be to discern and clarify the difference between the things that really do divide and the things that people believe will do so but which need not. But, at the same time, there are problems of structure and organization that slow things down and soak up energy, problems that can and should be fixed so that the church and its leaders can be released for their mission, and to tackle properly the problems we face.

Who, after all, is running the Church of England? We have Lambeth Palace, the House of Bishops, General Synod, the Archbishopsâ€™ Council, the Anglican Communion Office, and (donâ€™t get me started) the Church Commissioners. How does it all work? In an episcopal church, the bishops should be the leaders. Rowan hasnâ€™t bothered much about structures, but with six hands grabbing at the steering wheel someone now needs to take charge. I wouldnâ€™t bet on the Crown Nominations Commission proposing someone with the right combination of spirituality, wisdom and strategic thinking, plus boundless, multi-tasking energy. But thatâ€™s what I shall be praying for.

2 Comments on “Tom Wright on Rowan”