A fascinating piece on the lack of any scientific evidence supporting the recent law change. 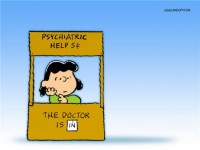 To test this hypothesis, I conducted a search of the PsycARTICLES and MEDLINE databases.Â  PsycARTICLES is a definitive source of full text, peer-reviewed scholarly and scientific articles in psychology, including the nearly 80 journals published by the American Psychological Association.Â  MEDLINE provides authoritative medical information on medicine, nursing, and other related fields covering more than 1,470 journals. I searched all abstracts from these databases using combinations of key words best suited to identify studies related to the question of interest.Â  Below are the totals for articles on cigarettes and alcohol (words preceding an asterisk indicate that the search included all words with that stem, so that a search for â€œminor*â€ would include both â€œminorâ€ and â€œminorsâ€).

These totals make clear that the literature regarding youth as related to alcohol and cigarettes is extensive, with studies numbering in the thousands. Â With such a sizeable database, one could reasonably expect that observations relative to the harms of cigarettes and alcohol among youth reflect reliable scientific information that has been replicated in numerous ways. These results, then, form the standard by which we can evaluate the volume of scientific literature from which any claims about SOCE and youth are based.

Since SOCE is a relatively new term in the literature, I also conducted searches utilizing the terms â€œreparative therapy,â€ â€œconversion therapy,â€ and â€œsexual reorientation therapy,â€ which were in use long before SOCE was coined.Â  My extensive search of the databases to identify scientific literature supportive of Sen. Lieuâ€™s comparison yielded the following findings:

In stark contrast to the thousands of articles related to alcohol and cigarette usage by youth, my search of the scientific literature for references that would back up Sen. Lieuâ€™s claims yielded a total of four articles. Interestingly, three of these articles were not research-oriented.Â  Hein and Matthews (2010) discussed the potential harms of reparative therapy for adolescents but cited no direct research on SOCE with adolescents to support their concerns.Â  They relied instead primarily on adult anecdotal accounts and did not distinguish between the provision of SOCE by licensed clinicians and unlicensed religious practitioners.Â  Jones(1996) described a case of self-harm by a young gay man in response to â€œprofoundâ€ and â€œthematicâ€ relationship difficulties. The author reported that psychodynamic therapy was beneficial in helping the patient deal with relational conflict without making any mention of internalized homophobia or stigmatization.

Hochberg (1977) discussed her treatment of a suicidal adolescent male who finally disclosed his homosexual experience as termination neared.Â  After this disclosure, Hochberg reported that, â€œTherapy subsequently exposed long-standing inhibitions in masculine assertiveness, longing for a love object that would increase his masculinity, (and allay his homosexual anxiety) and intense fear of physical harmâ€ (p. 428).Â  This article, then, would in some respects appear to provide anecdotal supportÂ forÂ SOCE, not surprisingly coming in an era before reports of harm gained favored status over reports of benefit within the psychological disciplines.

The only article my database search identified that could be considered quantitative research was Shidlo and Schroederâ€™s (2002) well-known study on reported harms from SOCE.Â  The Shidlo and Schroeder study suffered from many methodological limitations, including recruiting specifically for participants who had felt harmed by their SOCE, obtaining recollections of harm that occurred decades prior to the study, and not distinguishing between SOCE provided by licensed mental health professionals and unlicensed religious counselors. As the authors correctly acknowledged, the findings of this study can not be generalized beyond their specific sample of consumers.Â  This research can therefore tell us nothing about the prevalence of harm from SOCE provided by licensed therapists.

The best argument that can be therefore made against Reparative Therapy is “We have no evidence it works” to which one would instantly reply “Well let’s set up the studies then”.