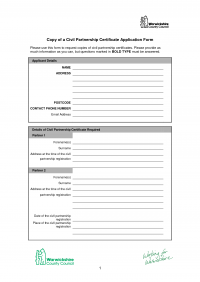 Over the past week I’ve been pondering whether it’s useful trying to distinguish between two different kinds of same-sex “relationship” in relation to the on-going dialogue (debate? argument? all-out war?) in the Church of England over clergy and Civil Partnerships. The distinction I want to make is betweenÂ desexualised relationships andÂ non-sexual relationships. Let me explain.

Does this distinction make sense? If it does, it strikes me that those who enter the first form of relationship (desexualised) place themselves in a far more uncomfortable position if they enter into a civil partnership then do those who form a non-sexual relationship. For those in the non-sexual relationship there are two possible outcomes. The first is that they remain celibate for the rest of their lives and a Civil Partnership allows them to take advantage of tax and pension benefits that other “couples” would have. The second outcome is that at some point either of the couple meets someone of the opposite sex whom they decide that they want to get married to. At this point the Civil Partnership can be dissolved and one of the partners can enter marriage. At no point has the Church’s doctrine of marriage been compromised and one wonders whether this is the “ideal” that the 2005 House of Bishops’ pastoral statement envisions.

TheÂ desexualised couple however present a different situation. Here, because the couple remain lovers and would, if possible, resexualise their relationship if able to, there is a constant intent of the heart to commit sexual sin. Furthermore, because the couple are lovers and do not envision any situation which could free them to marry if the situation arises, they are both removing from their lives both the ability to enter a relationship that signifies the union of Christ and his Church AND publicly displaying that they are not willing to permit such a thing to happen. They are lovers to all intents and purposes and they desire to sin sexually even if they do not actually do so.

It is very likely that some of the clergy entering civil partnerships have true non-sexual relationships but my hunch is that most are desexualised relationships. If this is the case then one does wonder whether someone who is part of such a desexualisedÂ couple could realistically become a Bishop whilst the doctrine of the Church of England on marriage and sex remains what it is. I guess this is the point that some conservatives have been making over the past week, so perhaps the way to help clarify the issue is, if a clergyman enters a civil partnership and claims to be celibate (and we should believe him/her if s/he says so), to ask what form of celibacy is envisaged -Â desexualisedÂ orÂ non-sexualised.