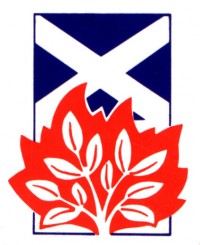 The Church of Scotland (Presbyterian – not to be confused with the Scottish Episcopal Church) has released the report of its Theological Commission on Same-Sex Relationships and Ministry. You can download a copy here.

The report (which is extensive) offers in the “Deliverance” two options for the Kirk General Assembly to vote on. One is to essentially permit any minister from the 31st May 2014 to be in a same-sex relationship, the other is to not approve that change (and to explore what that implies for those clergy already in same-sex relationships). This means that the Church of Scotland is clearly set for a defining landmark vote on the issue.

The document itself is a model of how to present the arguments in this area (Pilling please take note). It begins by exploring what it means for the Kirk to be part of the “One Holy Catholic and Apostolic” Church and then explores issues of the authority of Scripture. This is followed by an incredibly fair treatment of both sides of the discussion with both the “Revisionist” and “Traditional” positions put forward with clarity and grace. Indeed, one might go as far as to suggest that this is a model for approaching the debate in other environments.

The positions can best be summed up by the summaries. Here is an extract from the Revisionist chapter,

It is our contention that everyone who reads the ScripturesÂ of the Old and New Testaments does so through someÂ hermeneutical lens, or indeed a complex set of lenses, andÂ that this is dangerous only if unacknowledged. Our chosenÂ lens, with good historical and Scriptural precedent, is the lens of love, understood not in some weak, sentimentalÂ way, but as part of the essential nature of God, the DivineÂ Trinity. Human beings, we believe, were created, in Godâ€™sÂ own image, in such a way that we become most fullyÂ ourselves in loving relationship with God and with each other. Our reading of Scripture, taken as a whole, leadsÂ us to affirm the primacy of relationships, both withinÂ the Godhead, and in our moral evaluation of humanÂ behaviour. In the area of sexuality, relational qualities ofÂ mutuality, trust, respect, faithfulness, commitment and forgiveness matter far more than whether or not genitalÂ activity has taken place.

We are in full agreement with our Traditionalist colleaguesÂ that Godâ€™s love is inseparable from Godâ€™s justice, butÂ whereas they see justice in terms of divine condemnationÂ of sinful behaviour, we focus on Godâ€™s bias to the poor,Â the inclusion of the marginalised, the overturning ofÂ structures of oppression and the special judgementÂ reserved for those who are so busy worrying about theÂ speck in their sister or brotherâ€™s eye that they fail to noticeÂ the plank in their own. There is also an important issue ofÂ justice with regard to the imposition of celibacy on some,Â but not upon all, of those called to ministry in the Church.

God speaks to us powerfully in the ancient texts of theÂ Scriptures of the Old and New Testaments, but Godâ€™s WordÂ is not confined to the pages of Scripture, however sacred.Â In its three dimensions â€“ incarnate, written and proclaimedÂ â€“ the Word of God seems to us to have been leadingÂ Godâ€™s people over the centuries on a journey throughÂ ever-increasing circles of inclusion and acceptance. TheÂ trajectory chosen by the General Assembly of 2011 forÂ the Church of Scotland to pursue may be seen as the nextÂ stage in that journey of grace.

and here the Traditionalist,

In the light of the Biblical, Theological and EcumenicalÂ Bases, and in the light of a consideration of the UnityÂ and Peace of the Church of Scotland, and given that theÂ Theological Commission is not persuaded, unanimouslyÂ or by a majority, that the Church ought to depart fromÂ the Traditionalist position in relation to matters ofÂ human sexuality, we therefore conclude that the GeneralÂ Assembly of 2013 ought to depart from the RevisionistÂ trajectory.

If I had one criticism of the Traditionalist section in this document is that it doesn’t really engage much with wider issues beyond Scripture – causation, sexual identity fluidity and more generic identity issues. That said, the Biblical passages are well handled and the position is robust, even if it is in need of expansion.

One aspect of the Revisionist section is that it presents a sample blessing liturgy to consider. In a future blog post I will explore that in more detail and in particular look at the theology that it presents (as I have done previously with other such liturgies).

In summary, the document is a good example of how to do the debate well. Of course, it’s very likely that many who will vote in the final decision making process on this matter in the Kirk will already have made up their minds and won’t be swayed by the good arguments (on both sides). Regardless, the Kirk is now set for a very stormy few months as it awaits the final critical decision by its General Assembly.

2 Comments on “Church of Scotland – Same-Sex Relationships and Ministry”