Nicholas Cummings, a former President of the American Psychological Association, has contributed a highly challenging affidavit as part of a legal case against JONAH, a Jewish organisation that supports orientation change. In it he claims that he and his professional team have counselled thousands of homosexuals and that included many who successfully sought orientation change. He writes, 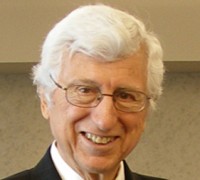 I believe that our rate of success with reorientation was relatively high because we were selective in recommending therapeutic change efforts only to those who identified themselves as highly motivated and were clinically assessed as having a high probability of success.

The role of psychotherapy and counseling in sexual orientation change efforts has become highly politicized. Gay and lesbian rights activists appear to be succeeding in their efforts to convince the public that homosexuality is one identical, unitary, unvarying and inherited characteristic.

Persons who identify as homosexual fall along a very broad spectrum of personalities, ranging from shy young men who are so frightened of girls that they fear they must be gay to boys who preferred to play with dolls and wear girls’ clothing and everything in between. Contending that all same-sex attraction is an unchangeable or immutable characteristic like race is a distortion of reality.

Accusing professionals who provide treatment for fully informed persons seeking to change their sexual orientation of perpetuating a fraud is not accurate. Such a tactic serves only to stigmatize the professional and shame the patient. A political agenda should not be permitted to prevent gays and lesbians who desire to undertake sexual orientation change efforts from exercising their right to self-determination.

The whole affidavit is below.