Sir Philip Bailhache issued the following statement last night in his capacity as a Senator of the States of Jersey. 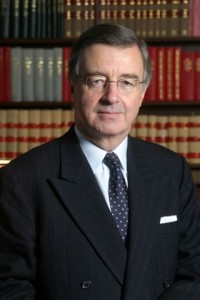 I am delighted that the Dean and his clergy have been exonerated by the Steel report but appalled by the Bishop of Winchesterâ€™s expressed intention to suppress its publication on what appear to be very specious grounds. The Bishop agreed with the Bailiff and the Dean that he would pass copies of the report to them, and he should honour that promise.

He asserts that he has given an undertaking not to release the report after representations from an interested person. As it is clear that the report makes no criticism of the Dean or clergy in Jersey, the only people who might be concerned about criticism in the report are those in or near the entourage of the Bishop. The unidentified interested party is either the person who made the original report which wrongly impugned the Dean, or a member of the Bishopâ€™s staff. As Ms Korrisâ€™s report was published without its even being shown to the Dean, there can be no justification for acceding to any representation from her. As to the Bishopâ€™s staff, it would be outrageous for the Bishop to protect them at the expense of Jerseyâ€™s reputation for safeguarding, and a full explanation of why the Dean has been exonerated. The Dean and the clergy are entitled to the publication of the complete Steel report so that their reputations can be fully restored in the eyes of the public.

The Bishop asserts that: â€œquestions remain about safeguarding best practice â€¦â€. Dame Heather Steel was charged to investigate whether there was any failure to: â€œact in accordance with the Diocesan Safeguarding Procedureâ€.Â  We are all entitled to know her conclusions on that issue were. The Bishop should act in accordance with paragraph 10 of the Terms of Reference that he issued, and deliver a copy of the final report to the Bailiff and Dean as soon as he has received it.

This statement represents the first public intervention of the Jersey political establishment since the Bishop’s statement on Thursday. Sir Philip Bailhache is a significant figure in Jersey politics – he is a former Attorney General, Solicitor General, Bailiff and Deputy Bailiff. When he was elected to the Senate in 2011 he received over 80% of the vote and was narrowly defeated by Sir Ian Gorst in the States for the election of Chief Minister (27 to 24). He currently serves as an Assistant to the Chief Minister, has recently been appointed Minister for External Affairs (a newly created post) and it is inconceivable that he would have released this statement publicly without first conferring with the senior political leadership on the island.

The Bishop of Winchester has so far refused to answer any questions about why the publication of the Steel Report has been delayed or the nature of the legal communications that have prevented it from being released. Sir Philip’s statement adds to the pressure for an explanation as to why the original Terms of Reference of the Steel Report are not appearing to be kept to.

3 Comments on “Jersey – Statement from Senator”