The Blog Post in which my Vas Deferentia were Cauterised

Yesterday I had a vasectomy.

Now, before you scream “Too Much Information Already” at me, give me a few minutes of your time as I have a point to make in all this.

First, let’s talk the procedure. In the days when my father had his vasectomy (an urgent piece of surgery apparently after his wife gave birth unexpectedly to twins and he realised he didn’t want to do that again) the process was to make a rather obvious incision, cut the vas deferentiaÂ and then tie each one up to make sure those nice spermatozoa in the testes were going nowhere. It was painful, it was painful a week later, and it sometimes didn’t even do the job properly. 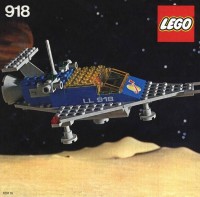 Cut (pun totally intended) to yesterday. My GP Surgeon had a much easier time made only slightly more complicated by some internal scarring in my nether-region from a piece of surgery to remove a hydrocele testisÂ when I was six years old. I still remember that piece of surgery well – I got a stonkingly awesome (for 1980) lego spaceship to play with (yes, the exact same one in that picture), which only slightly tempered the excruciating pain I experienced when the general anaesthetic wore off. I say excruciating? That was an understatement.

But yesterday as I was saying was a completely different experience. Two bits of local anaesthetic in the right part of the scrotum (round the vas deferentia) and then a quick bit of keyhole surgery to cut the tubes and then cauterise both ends of each vas deferens. Once the anaesthetic was in place I didn’t feel a thing and it was only an hour or so later than I began to notice how sore it actually was. Nothing though that a couple of paracetamol can’t handle and this morning I’m happily sat at my desk working. Standing is fine, sitting is fine, the transition from one state to another is still slightly uncomfortable, but there you have it.

You all still with me? Jolly good.

Now, why does blogging about this make some people squirm in their seats? I mean, yes, you didn’t expect me to put up a picture of my genitals with the one nice bit of scarring for you all to see did you? You didn’t right? But we can still have a conversation about male genitalia and fertility and forms of contraception and general health “down there” can’t we? Women get to do 10k runs for breast cancer and

almost every time I go to my surgery I see a big poster asking me if I’m the right age to have a cervical smear (and the answer to that question dear nurse is “No”). But do we talk about the male equivalents? Hands up every bloke reading this who knows how to examine his testes to check for cancer? Yeah, thought so. And those of you who did stick your hand up, do you actually do it? And speaking of sticking hands up, what about knowing the warning signs of prostate cancer and how a doctor checks yours? Prostate Cancer UK are currently running a Men United campaign to raise awareness amongst blokes and their partners as to the signs to watch out for. I mean, all my readers could identify the prostate on a picture of organs in the groin area couldn’t they? And you could all tell us what it’s function is couldn’t you?

No? Wise up please.

What’s the purpose of all this then? Well, most of the conversation about genitalia and nether regions on this website focusses on the ethics of using them (or not using them) in a particular way. Gosh, we go on about that a lot don’t we? At the same time however we seem uncomfortable handling (second pun that is utterly intentional) a simple discussion about the basics of health and medical issues in this region. The simple fact though is that many men will have issues with their genitalia and other things in the groin region over their lifetime. While we don’t have to discuss in graphic detail what people do with each other with their organs, we shouldn’t feel uncomfortable talking about the basic bits that hang there, what they do and what could go wrong. Indeed, being able to have an open conversation about a vasectomy or a prostate examination is a way to demystify the whole area and encourage us to be honest and frank about an area of our bodies that often brings with it so much shame. So let’s talk about this stuff and let’s help others to realise it’s all a perfectly normal part of life.

Yesterday I had a vasectomy. Another man took my genitalia in his hands, manipulated them (and not a single angel died in shock at the thought) and attempted (successfully one hopes but we’ll need the samples in a few months time to find out – I say “we”, you’re not getting them and my production of them will confirm the opinion of some people of me) to make me infertile. It happens to hundreds of men every day.Â Today I wrote a blog post about it and used the words vas deferens, spermatozoa, prostate, scrotum and hydrocele testis. Now hopefully you’ll know what all those things are and be better informed about basic genitourinary health in men. And if you didn’t click on the links because you didn’t want to find out because you thought it was too disgusting, may I humbly suggest you have the problem, not me.

Conceivably (or not in my case) my work here is done.