↓ Skip to Main Content
Home › Mission › We are the Insurgents Now

We are the Insurgents Now

Peter Ould Posted on February 7, 2014 Posted in Mission No Comments

Brother Ivo wrote a great blog in response to my Culture Wars piece. 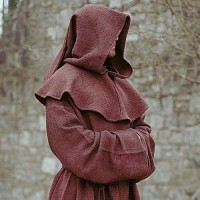 Peter Ould has written an interesting and provocative piece in which he urges the Church to stop fighting the old culture wars, which he asserts are lost, and concentrate on preaching the Good News of the Gospel.

There is much to be said for his reminder that however beneficial to society an Institution may be, whether marriage, or family, or the Established Church, it is not in itself the Gospel, and he writes his thoughts having read the books of the Acts of the Apostles in their entirety at one sitting.

That is doubtless a useful spiritual discipline in itself, and it has plainly highlighted and sharpened for Brother Peter the contemporary issues of the early church, helping him to look again at how we need to see our mission as redemption first, and compliance second.

If Brother Ivo were to condense the argument, it might be thus; â€“ â€œIt is the grace of God that will save us and our response should be to shine as a light to the world which will, in time, bring our values and priorities into alignment with Gods will.â€

Brother Peter identifies this as the approach which served the early church well in transforming a pagan society into a Christian one, and that is the model he urges us to follow today.

If that is not a fair conclusion, Brother Ivo will apologise and stand corrected. The post stands for itself, commended and approved so that you may read it uninterpreted and judge for yourself.

Brother Ivo does not disagree with Brother Peter, Â but writes to extend the conversation in the context of his own modest mission statement which is to â€œwrite social commentary as if religion really mattersâ€.

Go and read it all.