Find below the report from the Standing Doctrinal Commission of the Church in Wales on Same-Sex Partnership.

I’ll post a fuller analysis later, but two things stick out straight away.

First, the report has an inadequate theology of the Fall. For example, sections 49 to 51 read, 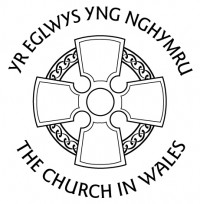 If further, more extensive research is found to support the above hypothesis, it is possible that for some the scientific studies will prompt a redefining of the theological enterprise â€“ so that the imperative is not â€œhow can homosexual desires be modified?â€ but â€œwhat did God mean by making the world like this?â€Â  This question has been articulated in various ways.Â  For example â€œGod creates homosexuals as such but does not permit any homosexual acts.Â  This amounts to a serious problem because it is not self-evident why God would do that.â€ Or â€œDoes homosexuality have a divine purpose?â€

Science cannot and should not dictate the mind of the Church.Â  Nevertheless, any scientist who has a Christian world-view will have an understanding of his or her work as participation in a tiny yet privileged part of Godâ€™s continuing self-revelation to humanity.Â  As we wonder at new scientific discoveries and as these discoveries in time integrate themselves into our world-view, they are bound to have an impact on our understanding of scripture.

When we read in Genesis 1 that God created man in his own image, our scientific studies may lead us to pose the question of how a particular human characteristic pertains to the image and the creative intent of God.Â  When we read in Romans 1 that â€œmen gave up natural relations with womenâ€ (and if our scientific studies lead us to conclude that for some men the abandoned relations would themselves have been unnatural in the first place), we will want to consider the historical context into which Paul spoke and ask how he might have illustrated a deviation from the natural if he spoke into the particular chaos of todayâ€™s world.

The notion that homosexuality may be genetic in partÂ and yetÂ still part of the Fall and therefore not to be endorsed is not really explored. There is a danger that the Commission is utilising the concept of “Imago Dei” too widely.

Secondly, the trap is sprung in suggesting “Blessings, not marriage” as the middle ground. Theologically there is actually very little difference between the two and the Church of England recognises this in not permitting even blessings.

Have a read for yourselves and I’ll write more later when I have the time.

8 Comments on “Church in Wales – Homosexuality”