Complaints Laid against Bishop of Winchester

The BBC in Jersey has the report. 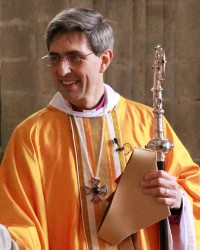 Two complaints have been lodged against the Bishop of Winchester over how he dealt with the Anglican Church in Jersey, the BBC understands.

The Channel Islands split from the Diocese of Winchester in January after relations broke down between Bishop Tim Dakin and Jersey’s Dean, the Very Reverend Robert Key.

It stemmed from a dispute how abuse complaints were handled.

The Diocese of Winchester said it was not aware of any official complaints.

The first complaint is understood to allege that Bishop Dakin instructed the Dean of Jersey to follow church law over state law and the second concerns claims of a lack of accountability.

After the split, Bishop Dakin handed temporary oversight of the islands to the Bishop of Dover Trevor Wilmott, who is based in the Diocese of Canterbury.

The Archbishop of Canterbury previously told the BBC he had full confidence in Bishop Dakin.

He also said a special commission was to look at the relationship between the Channel Islands and Winchester after the split.

I understand that one of the complaints has been made by a lay member, but the other is much more serious and comes from a senior figure in the island’s ecclesiastical legal establishment and therefore carries a great deal of weight with it.

Interesting that they’ve been made public at this point.

20 Comments on “Complaints Laid against Bishop of Winchester”