Well now, this is really interesting. 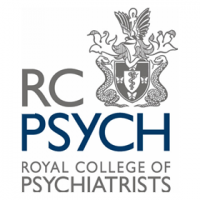 The Royal College of Psychiatrists considers that sexual orientation isÂ determined by a combination of biological and postnatal environmentalÂ factors. There is no evidence to go beyond this and impute any kind ofÂ choice into the origins of sexual orientation.

The College wishes to clarify that homosexuality is not a psychiatricÂ disorder. In 1973 the American Psychiatric Association (APA) concludedÂ there was no scientific evidence that homosexuality was a disorder andÂ removed it from its diagnostic glossary of mental disorders. The InternationalÂ Classification of Diseases of the World Health Organization followed suit inÂ 1992.

Leading therapy organisations across the world have publishedÂ statements warning of the ineffectiveness of treatments to change sexualÂ orientation, their potential for harm and their influence in stigmatisingÂ lesbian, gay and bisexual people. There is now a large body of research evidence that indicates thatÂ being gay, lesbian or bisexual is compatible with normal mental health and
social adjustment. However, it is eminently reasonable that the experiencesÂ of discrimination in society and possible rejection by friends, families andÂ others (such as employers), means that some lesbian, gay and bisexualÂ people experience a greater than expected prevalence of mental health andÂ substance misuse problems. Lifestyle issues may be important in some gayÂ men and lesbians, particularly with respect to higher rates of substanceÂ misuse.

It is not the case that sexual orientation is immutable or might notÂ vary to some extent in a personâ€™s life. Nevertheless, sexual orientation forÂ most people seems to be set around a point that is largely heterosexual orÂ homosexual. Bisexual people may have a degree of choice in terms of sexualÂ expression in which they can focus on their heterosexual or homosexual side.

It is also the case that for people who are unhappy about their sexualÂ orientation â€“ whether heterosexual, homosexual or bisexual â€“ there may beÂ grounds for exploring therapeutic options to help them live more comfortablyÂ with it, reduce their distress and reach a greater degree of acceptance ofÂ their sexual orientation.

The College believes strongly in evidence-based treatment. There is noÂ sound scientific evidence that sexual orientation can be changed. SystematicÂ reviews carried out by both the APA and Serovich et al suggest that studiesÂ which have shown conversion therapies to be successful are seriouslyÂ methodologically flawed.

Furthermore, so-called treatments of homosexuality can create aÂ setting in which prejudice and discrimination flourish, and there is evidenceÂ that they are potentially harmful. The College considers that theÂ provision of any intervention purporting to â€˜treatâ€™ something which is not aÂ disorder is wholly unethical.

The College would not support a therapy for converting peopleÂ from homosexuality any more than we would do so from heterosexuality.

What I find really interesting is that the first few footnotes cite Bailey et al whose twin studies on homosexuality causation have been around for almost a decade and a half. Bailey has consistently shown that there is a large amount of unshared environmental contribution to homosexuality, so finally the RCP have caught up.

When the RCP write,

Nevertheless, sexual orientation forÂ most people seems to be set around a point that is largely heterosexual orÂ homosexual. Bisexual people may have a degree of choice in terms of sexualÂ expression in which they can focus on their heterosexual or homosexual side.

one might want to point them to the research (below) from Lisa Diamond which indicates that this isn’t necessarily so. Diamond found that even amongst those men (female sexuality is much more fluid per se) who identified as “gay” over half of them actually reported other-sex attractionsÂ and activity. The “bisexual choice” is in my opinion just an excuse to avoid engaging with this kind of data – by labelling people “bisexual” rather than their self-description of “gay”, one can avoid engaging with the evidence of fluidity of sexual attractions over time.

This is an interesting line (emphasis added).

Furthermore, so-called treatments of homosexuality can create aÂ setting in which prejudice and discrimination flourish, and there is evidenceÂ that they are potentially harmful. The College considers that theÂ provision of any intervention purporting to â€˜treatâ€™ something which is not aÂ disorder is wholly unethical.

What is “evidence that they are potentially harmful“? Well that is a coded admission that the “studies” of harm from SOCE (sexual orientation change efforts) are merely anecdotal and not statistically rigorous. There is at this timeÂ no hard evidence that SOCE cause harm beyond self-reporting, and if you accept self-reporting as a valid measure then you also need to accept self-reported change as a valid measure of the success of SOCE.

Finally, a note of caution. Core Issues are (rightly) excited by this position paper but there is the potential to misunderstand what the position is for those who advocate therapeutic change.

Homosexuals are not â€˜born gayâ€™ according to a recent statement by the Royal College of Psychiatristsi. They now consider, what they previously denied, that the causes are â€œa combination of biological and postnatal environmental factors.â€ This is a major admission. It implies that if a child does not encounter such postnatal life experiences, he/she will grow up heterosexual.

That’s not quite what the RCP are saying. For example, it could be that the biological factors predispose you to a post-natal environmental influence that almost all children experience (for example, social interaction with other children) that then causes you to develop a homosexual orientation.

The College has also modified its view on whether orientation can change. â€œIt is not the case that sexual orientation is immutable or might not vary to some extent in a personâ€™s life.â€ They also concede that bisexuals have â€œa degree of choice.â€ If such change is possible, the College has yet to explain why this might not take place in therapeutic contexts.

Well yes, but there is still an argument to be had whether SOCE actually work. Even if environmental (psychological? emotional?) factors are a component of the development of a homosexual orientation, it might beÂ very difficult to “unpick” those factors and “revert” to heterosexuality.

So, a very welcome movement from the RCP on their position, but still lots of unproven assumptions (on both sides).

It’s been pointed out to me that the RCP website has content that is now contradicted by this latest position statement.

Despite almost a century of psychoanalytic and psychological speculation, there is no substantive evidence to support the suggestion that the nature of parenting or early childhood experiences have any role in the formation of a personâ€™s fundamental heterosexual or homosexual orientation (Bell and Weinberg, 1978).

It would appear that sexual orientation is biological in nature, determined by genetic factors (MustanskiÂ et al, 2005) and/or the early uterine environment (BlanchardÂ et al. 2006).Â Sexual orientation is therefore not a choice, though sexual behaviour clearly is.

61 Comments on “Royal College of Psychiatrists Backtrack on Sexuality Causation”