↓ Skip to Main Content
Home › Ecclesiastical › The BNP does Apartheid

The BNP does Apartheid

Here at “An Exercise”, I’m not a big fan of the BNP. Not only are their politics (and some of their politicians) racist, they’re not even true patriots, given that some of them don’t even know how to fly the Union Flag properly. And while in the past I’ve supported the right of Nick Griffin (their leader) to say what he thinks, don’t mistake that for one moment with any agreement with what he thinks.

The BNP however has realised that it needs to reach out beyond it’s narrow racist constituency, so a while back it was involved in launching the Christian Council of Britain, another UK group to campaign for “Christian values”. Hmmmmmmm….. Nothing wrong in that one might think, but what are these Christian values they want to promote?

At their conference in July they adopted a constitution to reflect their mandate. It’s interesting reading, particularly this paragraph: 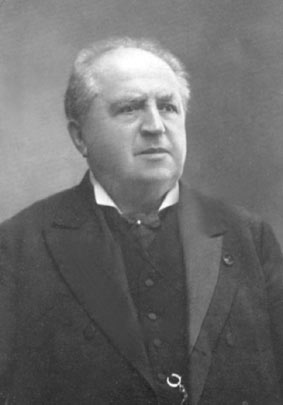 Sound familiar? Let’s take a journey back a hundred years and meet a Dutch theologian called Abraham Kuyper. There here is on the right. Kuyper was a neo-Calvinist and the father of a brand of identity theology that lead to Dutch Reform Covenant thinking:

Kuyper insisted that all spheres of life owe their existence to God’s decree in creation and to the common grace he showers on all his created order. Thus decreed into the fabric of life, each sphere has lordship, rule, and sovereignty over itself under God. It can run its own show, as it were, without reference to the other spheres. This would apply, for example, to areas such as family life, economics, education, art and so on. It would also apply to church and state, so that one could validly insist that the church stick to spiritual things while the government gets on with governing and politics. The result is that neither is answerable to the other, but to God alone.

Not only did this principle apply to church and state, but also to nations:

This passage from Michael Cassidy’s “The Passing Summer” shows very clearly how Kuyper developed a theology of race and nation that developed in the 20th century into two particularly pernicious forms. The first was “German Christianity”, a heresy in Germany in the 20s and 30s that the chief of these “spheres” was the nation and that therefore the church should submit itself to the nation’s will and be subservient to it. If the church was ekklesia, “the gathering”, then as only a minority gathering it should permit the majority ekklesia its will, and indeed support it as a God ordained thing. This led to the shameful episode of the German Lutheran Church (and others) accepting and even promoting Hitler’s Nazi regime, and surrendering any sense of Christian specificity. Those who rebelled against this surrender to the state formed a “Confessing Church”, of whom many members paid with their lives for this act of independence, most famously Dietrich Bonhoeffer.

Meanwhile, in South Africa, theologians who had studied under Kuyper in the Netherlands went back home and combined this new theology of separate identity with Boer nationalism. The result was a potent mix of misapplied Scripture and a 100 years of struggle for Afrikaner survival. Not only was a separate Boer nation a political ideal – it was now an issue of holiness. To mix with other races and nations would be to disobey God. That was why the Boers had lost to the British in two long and bloody wars. It was their free mixing with the blacks who had come into the land they had colonised (to do the farmwork and labouring) that had led to God’s disfavour. The remedy? Separate living, a way of being apart from the other nations and races who lived in the south of Africa. Indeed, since the whites were the favoured nation of God, bringing the Gospel of redemption to the pagan blacks, it was absolutely necessary to maintain the distinctiveness of the white nation and race, for without it they could not do the vast missionary work that God has called them to.

And so Apartheid was born.

Of course, however well intentioned this may have been, Apartheid was implemented racistly from the start and had racist assumptions within it. Despite talk of “separate but equal development” and “Homelands”, in reality the white, Boer dominated, government ran South Africa less as an exercise in developing all the nations and races within its borders and more as a private hegemony to benefit the chosen Covenant people of God.

But back to the point. Ultimately Apartheid is a theological issue and must be tackled on that basis. So while it is true that God has created nations and races to glorify him, the theology of Kuyper misses the point that it is the very being together of the nations and races in ekklesia which brings glory to God. Christ saves from every tongue and people and makes them one body in order to display his glory. He is eternally in relationship, Father, Son and Holy Spirit, so he creates us in relationship to speak of that.

One example to illustrate this point. Under Kuyperian theology each of the races and nations meets on its own to worship God. When bread is broken and wine is drunk, it is done in separate genetic groups. However, the catholic church has recognised for 2000 years that the Eucharist is a celebration of our togetherness not only with Christ but with all other Christians, and not just those Christians today but all down the ages. We share one loaf and one cup, not just metaphorically but actually. It is an offence to God and to what he has done in creating a multiplicity of nations and races to then exclude some people from Communion on the basis of their genes or national flag. The only Scriptural grounds for withholding the Eucharist is gross sin.

In Christ there is neither male nor female, Jew or Greek, slave or free. All who are in Christ are God’s sons and, far more importantly, all are Abraham’s seed (Gal 3:26-29). While God may have in the past used a specific nation and genetic group to do his specific purposes (and to receive his grace and favour), the coming of Christ destroys that racial boundary. All Christians are inheritors of Abraham – they are all his seed, destroying temporary notions of racial superiority. To even attempt to distinguish between them in the ecclesiastical dimension is to deny what God has done for us.

So I say to the Christian Council of Britain, and all who would consider being involved with them, (including Paul Cameron), that this part of their constitution is a denial of the very core of the redeeming, liberating and uniting Gospel. Shame on the CCB and shame on the BNP for actively reintroducing a duff theology that we all thought was long gone.

5 Comments on “The BNP does Apartheid”