Embryology – Now the Church of England gets stuck in

Good to read this morning that Tom Wright, the Bishop of Durham, used his Easter sermon to attack the Government’s new obscene Bill on embryology and fertility.

In his Easter Sunday message, given at Durham Cathedral, Rt Rev Tom Wright issued a rallying call to all faiths to object to the "1984-style" proposals. 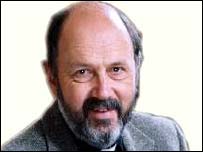 He accused ministers of pushing through legislation from "a militantly atheist and secularist lobby."

The Anglican bishop also criticised the treatment of some asylum seekers.

As pressure from religious leaders mounted on prime minister Gordon Brown to allow a free vote on the issue of embryo research in the Commons, Bishop Wright warned that society was in danger of learning nothing from the "dark tyrannies" of the last century.

He told his congregation: "Our present government has been pushing through, hard and fast, legislation that comes from a militantly atheist and secularist lobby.

"In this 1984-style world, we create our own utopia by our own efforts, particularly our science and technology.

"The irony is that this secular utopianism is based on a belief in an unstoppable human ability to make a better world, while at the same time it believes that we have the right to kill unborn children and surplus old people, and to play games with the humanity of those in between.

"Gender-bending was so last century; we now do species-bending"

This comes as the Government is facing increasing pressure from Catholic Labour MPs to allow them a completely free vote on this matter of conscience.

Mr Brown is refusing to let the MPs and ministers vote against the Human Fertilisation and Embryology Bill, which he believes will lead to major advances in medicine and the treatment of fatal diseases.

The row escalated significantly when senior Labour MPs and peers accused the Catholic Church of trying to "dictate Government policy" and of "scaremongering" – particularly over measures allowing the creation of human-animal hybrid embryos.

Lord Winston, a Labour peer and one of the foremost authorities on reproductive health, said the Church risked "destroying its probity" with "overblown" statements about the controversial legislation.

However, with five million Catholics in Britain, such a public row risks causing significant political damage to Labour when the party is languishing in the polls.

There is considerable disquiet over the legislation within Labour – notably among three Catholic Cabinet ministers – and a sustained row, culminating in a serious parliamentary rebellion could scupper the new laws and threaten the Prime Minister’s authority.

Cardinal Cormac Murphy-O’Connor, the leader of Roman Catholics in England and Wales, became the most senior church figure to call on Mr Brown to sanction a free "conscience" vote of MPs on the Bill.

"I think Catholics in politics have got to act according to their Catholic convictions, so have other Christians, so have other politicians," he said. "There are Catholics who feel very strongly about this matter and I am glad that they do.

"Certainly, there are some aspects of this Bill on which I believe there ought to be a free vote, because Catholics and others will want to vote according to their conscience. I don’t think it should be subject to the party whip."

Both David Cameron and Nick Clegg, the leaders of the other two main parties, have agreed to grant their MPs a free vote.

So why on this occasion did Mr Brown decide instead to deny a free vote and force this crisis of conscience among Labour MPs? Why, when there are so many things – such as the gathering economic crisis or the meltdown in public services – which require urgent government attention, has Mr Brown allowed himself to become enmeshed in a wholly unnecessary fight over science and religion?

Moreover, even now he’s in a hole he’s still digging. Yesterday, the Government suggested that MPs could abstain on parts of the Bill – but only if its passage through Parliament wasn’t threatened. Such MPs would therefore be allowed to uphold their religious principles only if doing so was totally useless. What an insult.

The Health Secretary Alan Johnson says MPs won’t be forced to act against their conscience or their faith. Big deal! What about allowing them to vote with their conscience?

For parts of this Bill, such as the proposal to allow scientists to combine animal eggs with human nuclei and create hybrid embryos from which stem cells can be grown for research, are simply unconscionable,

Scientists claim that the protesters are irresponsibly scaremongering, since the proposed hybrids would not be grown into "monsters" but would be used only as primitive cells for research.

In their arrogance, such scientists fail to understand the nature of the objection. It is the idea of creating such a hybrid embryo at all that is so abhorrent.

Experimenting on human embryos is bad enough; it destroys an individual life in order to serve the interests of others and thus degrades and brutalises us all.

But creating an animal/human embryo breaks an even deeper taboo. It negates the acknowledgement of what it is to be human and, by obliterating the difference between animals and humans, destroys the concept of human uniqueness.

In the House of Lords’ debates on this Bill, it became crystal clear that the Government is indeed doing nothing less than redefining a human being. In a remarkably revealing admission, the health minister Lord Darzi said that, after some thought, the Government had decided that the hybrids in question were "at the human end of the spectrum".

Just think about that for a moment and you can see how grotesque this all is. It appears that an animal/human hybrid embryo can be said to be more human or less depending on the proportion of animal material in the mix, like a Delia Smith recipe.

But you can’t be a little bit human. This is the way humanity is dehumanised. Indeed, since this Bill would allow the creation of embryos that are half animal, half human, they would have no claim to be more human than animal.

Just read those last two paragraphs again. This is the crux of the matter – are human embryos morally fully human? The Ugley Vicar hits the nail on the head with these remarks.

The end of the Second World War revealed to the general public the true extent of what had been happening in Nazi Germany, particularly in the concentration camps.

One aspect of these camps which caused particular horror was that human beings had been used as subjects for scientific experiments. The mere name of Dr Josef Mengele was enough to send a shudder of horror through anyone in these islands who knew what he had done in the name of ‘medicine’.

The horror, however, was not chiefly at the nature of the experiments themselves. It must remembered, these were the days when vivisection was regularly carried out, not only in search of cures for diseases, but to test cosmetics — and even out of sheer curiosity. Remember Pavlov’s dogs?

No, the horror was because the subject matter of those experiments was human beings. Whatever else one might do by way of experimentation and testing, there was widespread agreement at the end of the war that one didn’t carry out such experiments on human subjects. And anyone who suggested otherwise would instantly have been tarred with the same brush of moral opprobrium as had been used on the entire Nazi state and the individuals most closely associated with it.

Alan Johnson, the Health Secretary, wants us to believe that the changes in the law are needed to help advance medical research. But since when was medical research more important than human morality? The research that Mengele and others did in the Concentration Camps provided huge leaps forward for modern medicine (for example in the fields of anasthesia and pain relief) but would anybody seriously argue that that makes the horrors of Auschwitz "worth it"?

As I blogged previously, the Bill in its present form threatens to reintroduce slavery into a society that thought it had got rid of that moral outrage over 150 years previously. Now Gordon Brown and his Government want to allow scientists to create human beings simple for the purpose of being beneficial to others.

We will watch with interest to see what develops.