Church of Uganda on “Anti-Homosexuality Bill” 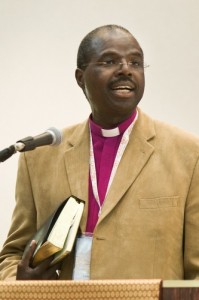 Here’s yesterday’s statement in all its glory, with comment underneath.

The Church of Uganda is studying the proposed â€œAnti-homosexuality billâ€ and, therefore, does not yet have an official position on the bill. In the meantime, we can restate our position on a number of related issues.

None of this changes the fact that the Bill in its current form is an absolutely travesty of the Christian witness and morality it seeks to misguidedly defend, but now that the revisionists are using it to beat up on the Church of Uganda, much of their moral case will evaporate very quickly unless they can substantiate their claims.

7 Comments on “Church of Uganda on “Anti-Homosexuality Bill””