In response the Susannah’s comment on a previous post, here’s what I had to say about my current approach to transsexualism. 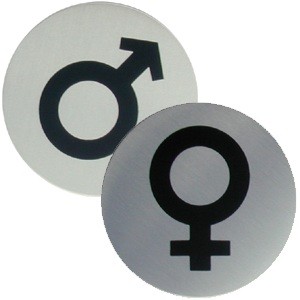 have to be totally open and honest with you (and my other readers) at this point and admit that I am currently engaged in a rethink on this issue of transgenderism. When we lost our second son to a chromosomal disorder (in his case Trisomy 18 â€“ Edwards Syndrome), I spent quite a bit of time exploring issues around chromosomal disfunction and other gender issues. Iâ€™m still in the middle of that exploration, but at the moment my position can be summarised as follows:

I’m reposting this (as it were) because this afternoon Andrew Marin made some interesting comments on the subject of Obama offering a White House post to a male to female transsexual.

As for the Christian worldâ€™s response to this appointment, I am not surprised about (generally) their vocal, slippery-slope-driven reactions. However, what does continue to surprise me is the question of why Christians are always so surprised by such things!

We do not live in a Christian society no matter how many of us like to think the opposite. Ours is that of Godâ€™s Kingdom; something we are commissioned to bring here to our world. However, our world is governed by a secular culture that governs in a secular fashion. Yet we still continue to place our worldview upon them, expecting that one day they will â€˜wake upâ€™ and see the boundaries we are placing upon them to be able to productively work with us. That is not going to happen. Instead, let us continue to hold on to our belief and start working within the mainstream worldview that has been placed upon us; to figure out how to peacefully and productively bring our Kingdom within the structure we have been given. Or, we could just keep expecting something different to happen by doing what has always been done? You know, whichever you think is best.

I urge you brothers and sisters, take the structure that has been given to us and work to find a way to bring Kingdom to thatâ€”not working to try to have Kingdom rule and dominate a culture unwilling to allow such a thing to happen.

This is the challenge for us in the 21st Century isn’t it? Do we think we should spend our time on a reactionary culture war, constantly opposing (and abusing) everything we think is wrong? Or perhaps we could stop, accept that we are in a largely non-Christian society like the first few generations of the Church, and try to learn from them how to engage with a world that is, like it or not, not operating in even vaguely the same paradigm that we are.

17 Comments on “More on Transgender Issues”