The State We’re In 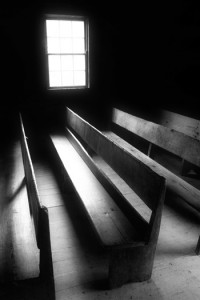 Some profound wisdom this morning from Vic.

Once upon a time there were some pointyheads (aka bishops) who realised that less people were coming to their churches and playing with them and God. They looked at the falling numbers of those who came to their CofE churches and started asking people what they didn’t like about them and what they were doing. “If we know what the people don’t like we can change what we do and then they will all come again and we will all be happy,” they thought to themselves.

So they asked and the people’s response was that the church didn’t treat women well, the pointyhats and the members of the churches were all misogynists and they, the general public, didn’t like this at all.

“I know what we’ll do,” said the senior pointyhead, “We’ll ordain women!’ So they went out and told all the people who didn’t come to church, “Look at us, we support women’s ministry – they’re equal (or perhaps more than equal even)!” The people stopped and looked at the church and saw that this was indeed the case, but still they didn’t come and not only that, but many of the people who used to come stopped coming as well. This made senior pointyhead and his friends very, very sad indeed, after all they’d done what everyone wanted and now even less people were coming. What could they do?

They went back to the people who didn’t come to their houses and play and cried out, “Why, oh why aren’t you coming to church? What is it that you don’t like?” “We don’t like the way you discriminate against gays,” cried the world. So the pointyheads decided to rewrite two thousand years of Christian practice and ignore four thousand years of combined Judeo-Christian teaching and understanding because if they did, then surely they’d all flock back to church and everyone could be happy again and the parish shares would be paid up and God would be happy about everything, wouldn’t he?

So it came to pass that senior clergy could be seen in civil partnerships and the bishops would even vote that ‘gay marriage’ in the form of blessing civil partnerships could take place in church buildings and then everyone would be happy, after all, there was nothing different in the church from everything that was going on outside it in the world. What on earth could there be to make the world uneasy now – what a great move forward to promoting church as ‘safe’ and ‘acceptable’ so that people would come and play again.

But instead, even more people who used to come to church left and still the world did not come and play. The buildings were even more empty and the church looked even less relevant to the point that people who were really clever and lived in wonderful Ivory towers in a land called ‘Academe’ spoke of living in a ‘post Christian age’.

Sadly, as the church building became carpet warehouses and heritage centres, the senior pointyhead went out and asked the people outside the Canterbury heritage centre a question in one final attempt to understand what had happened. “We ordained women, we ordained homosexuals and even blessed what they did. We changed everything you told us you didn’t like and yet you still didn’t come. Why?”

The world looked at the poor forlorn figure and answered him, “We never intended to come! You merely asked us what we didn’t like and we told you! Anyway, what does the church have to offer that the world doesn’t? The church has worked so hard to look like us, why do we need to come in to experience what we already have, what do you have that’s any different?”

Then, sadly, the senior pointyhead understood.