Adrian Warnock finishes off his series. 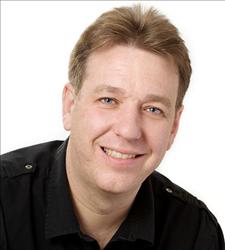 My biggest problem with Brown is that he does not seem like a good leader to me. Decisions seem to be dithered about for too long, and not clearly communicated when they are made. He spent too long deciding what to do about failing banks in my view, and then did not agree good terms with the banks. To see him complaining about things like bankers bonuses when he had every opportunity to insist on things in the contracts made when we bailed out the banks is laughable.

He was the architect of the failed system of financial regulation in this country. He was the chancellor who repeated year after year that he had â€œabolished boom and bust.â€ He presided over an unprecedented expansion of personal, corporate, and government debt which took place during an unprecedented boom. He continually fueled a bubble which then burst with disastrous consequences for us all. He does not inspire confidence when communicating, and does not want to make me follow him. There are so many rumors about him being a bully that the phrase â€œno smoke without fireâ€ springs to mind. His angry reaction towards an ordinary member of the public was compounded by his clear anger towards his staff about this situation and the way he initially blamed the media. No wonder he was at one point the most unpopular leader of our nation since records began! No wonder there is a real chance that Labour could come third in the popular vote.

I am deeply concerned that no real steps have been taken so far to tackle our national debt crisis. Why on earth did he not do the right thing and call for a general spending review months ago? I do not buy the idea that government spending should be exempt from the belt-tightening the rest of us have had to undergo. So, yes, I do think that we should be able to save Â£1 in every Â£100 of government spending this year as the Conservatives are advocating. Thinking that Brown will be able to lead us out of our debt crisis is like asking the same alcoholic who led us astray to help us cut down our drink problem!