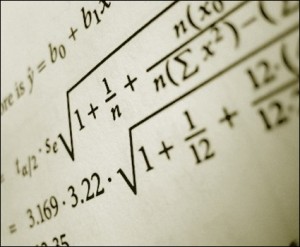 As I mentioned below, I wanted to follow up the FRC research to see whether the research was statistically valid. Unfortunately the publicly available dataset does not include within it the same-sex activity data, so I decided to email Professor Sullins to get a copy of his calculations.

The below are excerpts from his email to me, together with my comment and some tables to help make sense of the information.

Our interest in the FRC report was a comparison of intact family structure with any alternative, so we tested for statistical significance as follows:

First, we tested by chi-square whether intact family was significantly different from all other family of origin structures combined.Â  This is true for both independent variables involving family structure.Â  I sadly don’t have those results to report to you, but those numbers are redundant to what follows anyway.

OK, for the non-mathematical amongst us, let me decipher that for you. The table below shows you the percentage of each group where the respondent reported same-sex behaviour in the past 12 months.

What this table tells you is the number of women who fell into each of the categories and the number in each category who reported same-sex activity in the past year. We can see that the overall figure is 4.9% (which is interesting in itself), but what has excited some conservative commentators is the huge disparity between Groups 0 and 2 and the others.

However, it’s not good enough just to point to these figures. The percentages might be so far out simply because the groups being looked at are of such differing sizes. This is where the “t-test” comes in. Prof Sullins again.

The t-test is a simple measure to indicate how certain we are that the difference we see in those percentage figures are down to it actually being true that the groups are so different and not just some sampling error. In the table below we have a t-test result for each possible paired combination of different family origin groups and the figure to show whether they are statistically valid. The numbers on the headings correspond to the groups above.

What does this mean? Where you see “ns” that means “not significant”. The t-test came back with a value greater than 0.05 and so we are less than 95% certain that the different rates of same-sex activity are genuine. 95% might seem like a high threshold, but that’s perfectly normal.

There is an obvious finding from this data. Apart from cohabiting couples that are still intact, we are absolutely certain that when comparing women who have been raised in stable marriages to all other forms of family environment, they are less likely to have been engaged in same-sex practice. The fact the difference between groups 0 and 2 is not significant might suggest that it’s not marriage itself which is the key determiner, but rather it is whether your biological parents were together at birth and stayed together.

Does this mean that coming from a “non-traditional” family background is a cause of same-sex behaviour as an adult?

I should note that while our findings are statistically valid, they are not contextualized, can be legitimately interpreted in diverse ways, and should not by themselves be considered conclusive of anything without further study and multivariate modeling.

Basically, the answer is no! What the data lets you do is say that a woman who grew up in a “non-traditional” family structure is more likely to engage in same-sex behaviour then someone who grew up where their parents remained married. What it doesn’t tell you is that the family structure itself is a causal factor of homosexual development. For that you would need more research, taking all the data and modelling to the outcome of same-sex behaviour.

My thanks to Professor Sullins for sharing this information with myself and you. Feel free to comment below.

33 Comments on “Follow Up on the Family Background / Lesbianism Study”