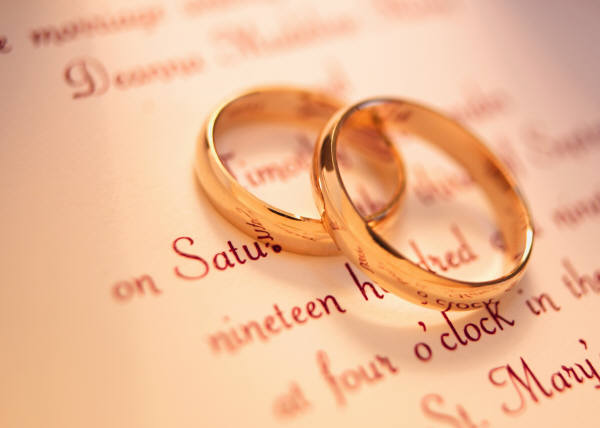 I want to pick up some of the observations made last week on the Boston Gay marriage and try to move the conversation forward.

In particular, I want to return to the issues of a coherent theology of marriage that were raised from examining the liturgy used in Boston. As you all recall, the Boston liturgy mimicked the 1979 TEC prayer book but made three fundamental changes. These changes were made primarily in the theological introduction to the service which defines the Doctrine of Marriage, the understanding of the meaning of the events about to occur in the service. These changes were as follows:

The purpose then of this post is not to argue whether these are or are not acceptable theological variations (I think we all know where I stand on that issue), but rather to ask what such a variation in liturgy implies for the Doctrine of Marriage in TEC. Let us asssume that the process in TEC of drawing up new liturgies to accompany the new pastoral / theological stance produces a same-sex marriage liturgy similar to the one used in Boston. The following questions arise.

I think those are good questions to be getting on with. Comments from my more “revisionist” readers are particularly welcome, and let’s all try and stay on topic please!

29 Comments on “Two Theologies of Marriage?”