In an interesting sign that the APA is slowly moving to review their previous position on “Sexual Orientation Change Efforts”, Psychotherapy, one of the in-house journals has just published an interesting article co-authored by Mark Yarhouse. Here’s the abstract. 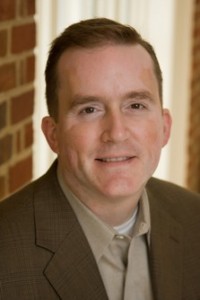 With the increasing relevance of sexual minority concerns, including the process of navigating sexual and religious identities, clinical practice has focused on helping sexual minorities address methods of self-expressioâ€¦n that are most congruent with the clientâ€™s values. Sexual Identity Therapy (SIT) (Throckmorton & Yarhouse, 2006) has been developed to assist individuals who are seeking to address potential conflicts between religious and sexual identities by focusing on personal congruence. To facilitate this process, the practice of mindfulness is applied. As an adaptation from its spiritual origins, mindfulness is used to facilitate the treatment of various disorders, such as chronic pain, substance abuse, and depression. It has also been the crux of several different third-wave cognitive and behavioral therapies that consider the â€œâ€¦context and functions of psychological phenomenaâ€ (Hayes, 2004, p. 5) for the purpose of helping clients to develop â€œâ€¦broad, flexible and effective repertoiresâ€ (p. 6). In this instance, mindfulness is applied to SIT to assist individuals with same-sex attraction to become nonjudgmentally aware of their thoughts and feelings related to same-sex attraction such that they are able to experience their attractions in an open and honest manner without feeling compelled to either dismiss or augment these attractions. Mindful awareness of same-sex attraction facilitates congruence because there is less emphasis on changing behaviors, thoughts or feelings, but rather, changing the relationship the individual has to their experiences of same-sex attraction so that they are experienced as neutral, as opposed to aversive.

Interesting. Mark’s piece highlights a very similar thing we do in pastoral practice in this area, namely to get men and women to be honest and open about what they are experiencing. Truth after all is the first step towards wholeness, because God is truth and he wants to deal with the real us.

Sexual Identity Therapy appears to be increasingly favourably viewed by the APA.