Bull vs Hall and Preddy – The Appeal

The appeal in this case is out. The Bulls (quite rightly) lost when the court ruled very clearly that since Hall and Preddy were in a Civil Partnership, to not treat them the same way as a married couple was discrimination on the grounds of sexual orientation under the Equality Act.

That said, reading the appeal ruling makes for an interesting exercise. In it we find the following, 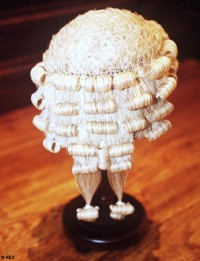 40.Â Though I agree with the Respondents that Ladele does not assist the Appellants (and see below), for the reason the Court there gave, in my view notwithstanding lengthy submissions on various topics, the answer to this appeal lies in a consideration of James. It is fatal to the Appellantsâ€™ case. An homosexual couple cannot comply with the restriction because each party is of the same sex and therefore cannot marry. In James the male plaintiff could never have a pension aged 61. The restriction therefore discriminates against the Respondents because of their sexual orientation just as the criterion at the swimming baths discriminated against Mr James because of his sex. For this reason alone it is directly discriminatory. Put another way, the criterion at the heart of the restriction, that the couple should be married, is necessarily linked to the characteristic of an heterosexual orientation. There has in my view been direct discrimination by virtue of Regulation 3(1) and (3)(a) together with Regulation 4
â€“ less favourable treatment on grounds of sexual orientation.

Hang on a minute. Let’s read that carefully -Â the criterion at the heart of the restriction, that the couple should be married,Â is necessarily linked to the characteristic of an heterosexual orientation.

Surely marriage is notÂ necessarily linked to the characteristic of sexual orientation. Gay men and women doÂ get married to people of the opposite sex, for good and bad reasons. It matters not whether the cases only number in the teens or hundreds, they do happen, they happen mainly for love and to suggest that the law does not recognise the existence of such marriages is dangerous grounds indeed. Tantamount to theÂ apocryphal tale of Queen Victoria not allowing the criminalisation of lesbian sex because she refused to believe it happened.

This seems to be a constant major flaw in legal rulings on this issue, even the ones I agree with, namely that the courts are trapped in a bi-polar model of sexuality that is not congruent with the reality of many people’s lives.

Just to clarify, the Lord Chancellor makes a comment later in the ruling where he writes,

61. The judge concluded that the restriction constituted discrimination and was on the grounds of sexual orientation. Mr and Mrs Bull contend that this conclusion is wrong because they apply the restriction to persons of heterosexual and homosexual orientation alike if they are not married. But, in agreement with Rafferty LJ, that cannot, in my view, be a sufficient answer. The former may be married but the latter cannot be. It follows that the restriction is absolute in relation to homosexuals but not in relation to heterosexuals. In those circumstances it must constitute discrimination on grounds of sexual orientation. Such discrimination is direct. As Rafferty LJ has pointed out there is a direct analogy with the decision of the House of Lords in James v Eastleigh BC [1990] 2 AC 751. This conclusion is not affected by the existence or terms of Regulation 3(4).

Now what the Lord Chancellor is pointing out quite rightly is that two men are discriminated against as two men, in that they are legally unable to marry and therefore the ban on unmarried couples discriminates against them, but we must recognise that that is a different position to saying, as para 41 does above, that a single gay man cannot marry. That is obviously untrue – any man may marry any woman in this county if they meet the other legal requirements.

18 Comments on “Bull vs Hall and Preddy – The Appeal”