A fascinating piece is up on the Derby Diocese website by Professor David Martin, Honorary Professor in the Department of Religious Studies, Lancaster University and Emeritus Professor of Sociology at the London School of Economics,Â exploring issues around the establishment of the Church of England. His comments are particularly interesting in the light of recent discussion in the media of not just the role of Bishops in the House of Lords, but also the future for the Church / State relationship in the light of Gender Neutral Marriage. 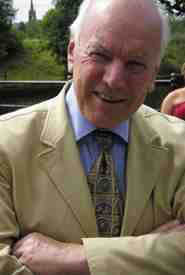 England is very different from France. You can chart the difference by the location of the grave of the Unknown Soldier. In France it was originally to be in Parisâ€™s secular cathedral, the PanthÃ©on, but was eventually sited below the Arc de Triomphe. In England it is in Westminster Abbey. Disestablishment did not happen in England for a paradoxical reason. In England from the 1590s on space was gradually created for a quite different and alternative principle whereby people choose to belong to free churches without much relation to state, or to state boundaries, or territorial parishes. In other words we retain an establishment precisely because we had the safety valve of free and non-established churches and, I would add, because a Protestant State Church allowed space for internal variety. The French historian Elie HalÃ©vy said we did not have a French Revolution because we had Methodism instead. The same is true of establishment. We retain the principle of establishment precisely because we also established the opposite principle of free churches without a territorial base. So we have two principles, establishment and voluntarism, that may seem contradictory but which in practice have turned out complementary.

This is the practical English way as opposed to French logic and the privatisation of religion the French insist upon as part of what they call laicitÃ©. In England the umbrella of establishment has been gradually extended to include other faith communities, beginning with the Free Churches and now including Islam. The French look on all religious bodies as though they were versions of Catholicism: potentially dangerous to the public sphere and to be kept out of it: hence the ban on the hijab. The English version of establishment progressively invites other faiths to come into the public sphere. Jonathan Sachs is therefore an admirer of the Church of England and a friend of the archbishop, even though as a Jew he thinks Christianity a serious mistake. He is also a respected commentator on public affairs. My friend the Muslim intellectual Tariq Modood puts forward subtle philosophical arguments for the Anglican establishment.

Today we assume both/and, not either/or. We assume the voluntary principle. We think of religion as chosen or rejected, not as something automatically given at birth as you would if you were born Greek or Russian Orthodox, and we easily think of churches as transnational voluntary associations on the model invented by Christianity in its first three centuries. Yet we also retain the territorial principle associated with establishment, and that principle obtains even in those countries like the USA that have long repudiated it as a matter of law enshrined in the First Amendment. Culturally the USA is a Protestant nation based on the Protestant principle of personal choice, the authority of the Bible, in particular the KJV, and inner sincerity of belief. Once you have the authority of the Bible established at the heart of a culture you have enshrined at the heart of your culture the authority of personal choice based on how you read the text. That means pluralism and many denominations.

I have identified the complementary principles of establishment and voluntarism. Let me say something about some other great and complementary principles: sincerity and ritual, image-making and iconoclasm, choice and continuity, universality and territoriality. As a programme like â€˜Who do you think you are?â€™ amply illustrates, an established church provides a settled channel of continuity and a storage space for the history of every local community as well as the nation. I can read the chequered history of empire on the walls of English churches. Of all the markers of time in the English landscape the church is the most ubiquitous and most ancient. It receives the living and the dead in a great chain of being over time: as Thomas Gray put it in his famous Elegy, here â€˜the rude forefathers of the hamlet sleepâ€™. Of course, this sense of marking time in place, and of generations that have trod and trod again along local track-ways, can be sentimentalised. But in wartime this is an England invoked and evoked in potent images. The gatherings at war memorials in every cluster of habitation are part of a liturgy of national remembrance and shared sacrifice that elicits universal respect. As people meet in Whitehall or in churches or in tiny huddles around parish memorial crosses, the sufferings of recent generations are put in the Christian context of laying down of oneâ€™s life for oneâ€™s friends. And that is in spite of the obvious differences between fighting for oneâ€™s country and the Christian narrative of loving redemption.

An established Church provides the standing stones and the spaces where national traumas can be recollected, expressed and released. When disaster hits everything depends on knowing what to do and knowing where there is shared space available for release, renewal and recollection, for example when Princess Diana died, and in the immediate aftermath of the bombings of the 11thSeptember, 2001. St. Paulâ€™s Cathedral is the central icon of â€˜the Cityâ€™ and people make their way there because it is the place of national assembly. The recent protest about the corporate greed had far more impact because it was camped outside the cathedral and had a banner inscribed â€˜What would Jesus do?â€™ That shows the accumulated emotional charge built up around the ancient site of St. Paulâ€™s cross. In this respect Russia is no different than post-Protestant England. In Russia exactly the same charge was released when punks staged a protest in front of the iconostasis of the cathedral of Christ the Saviour about misconduct in the Russian elections. The charge was felt positively by those who sensed that a church was the right place for moral protest, and negatively by those shocked by desecration. The idea of establishment is intimately linked to the positive and negative charges of the sacred and to the idea of the universally recognised icon. St. Paulâ€™s is the one building in the skyline of the City that stands for some other principle than power and wealth, apart from the Royal Courts of Justice. It belongs to the ecology of the sacred.

Establishment is the essence of a national order of service. The parish priest is the one who provides a framework when others are so distraught with grief, or ecstatic with pleasure, they barely know what to do next. He or she is the parson, the person, to whom people can turn with a secure expectation that things will be reverently and decently done. This is where I think the territorial parish is important because there is always someone whose business it is to know and be known. In Chaucerâ€™s words, he (or she) is â€˜The Poor Persoun of the townâ€™. Once the parish priest or minister becomes an ecclesiastical CEO managing an organisation rather then a recognised local figure people may turn to for guidance and solace something profoundly serious has been lost. The parish priest in an established Church should be the naked heart of the community. When seekers of any sort approach a parish priest they must be able to expect generous inclusion not subjected to intrusive tests. People want serious experiences to be set in serious places on serious earth.Â  They want thanksgivings to be available for all the blessings of this life. Baptism, for example, should be there for the asking provided there is desire for inclusion. People are included unless they exclude themselves, on the principle that â€˜he that is not against me is for meâ€™.

I want to finish with some Old Testament themes appropriate to, and appropriated by, establishment: the notions of wisdom, of learning and of the wise and just ruler in the prosperous kingdom. The Hebrew Scriptures associate these themes with Solomon, with the image of Jerusalem as the city of the great king and the city of God, and with the idea of the covenant community. Such themes are expressed in music and poetry, especially sacred music and poetry, and a national church should be a guardian of that music and poetry. English poetry and music is infiltrated with religious themes from Byrd to Britten, George Herbert to Eliot and Auden, and a national church guards that genealogy. Place, inclusion, continuity, genealogy: the Book of Common Prayer and the KJV are all part of that.

I am thinking here of anthems like â€˜I was glad when they said unto me, let us go into the house of the Lordâ€™ and â€˜Zadok the priest and Nathan the prophet anointed Solomon kingâ€™. I am also thinking of great tribal chants looking back to the ancient Hebrews and their psalmody, like â€˜All people that on earth do dwellâ€™ and â€˜O God our help in ages past, /Our hope for years to comeâ€™. In these compositions both words and music convey the sense of a covenant people entering into the sacred place and invoke the sacred to light on the head of the just and wise ruler. Almost every nation has some version of this and it is just the particular history of establishment in England that focuses such ceremonies around the person of the monarch. The monarchs involved, like some of the Georges, may not have been impressive personally, but it is the aura of art that conveys the solemnity of a people gathered to mark a rite of passage or reaffirm solidarity. I was in Helsinki for a particular occasion called the Thomas Mass when those who only half believe are invited to take communion. The city square below the cathedral filled up with a vast assemblage and searchlights played around the dome as Finlandia was relayed to the gathering in the square. You could overhear the heart of the nation beating. It is part of â€˜establishmentâ€™ to create and sustain these moments of communion. Everybody hears the message in their own dialect. In England for example Jerusalem is an alternative anthem using the words of William Blake, a radical social and religious visionary. Poetic ambiguity unites where rational prose divides. Like liturgy, Jerusalem appeals by images of transformation that everyone translates for themselves.

I love the French / English = Secular / Establishment comparisons he makes to highlight how much our English (British?) psyche understands the role of Christianity, and a particular expression of it, as integral to the corporal life of the nation. And then there is the nod at the start of the last paragraph I quoted to the rites and services of coronation and accession of the monarch, how the very person placed at the titular head of the nation isÂ anointedÂ as such not by the politicians and peers but by the prophets and pastors.

Go read it all.