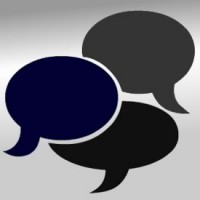 I have been invited to join Steve Chalke on Sunday at Christ Church Woking to discuss the theme “How can we be a Jesus-shaped church whilst profoundly disagreeing on the issue of same sex relationships?“. The conversation will be chaired by Justin Brierley, host of the Unbelievable show on Premier Radio and will cover issues such as some of the basic Biblical issues, pastoral concerns and an opportunity for those in the congregation to submit questions for us both to answer.

The conversation will take place within a service to celebrate the close of the Week of Prayer for Christian Unity and will begin at 3pm on Sunday. Everyone is welcome to come along, but please be aware that the format is very much a conversation rather than a debate.

15 Comments on “In Conversation…”