The Moment that Sums it All Up 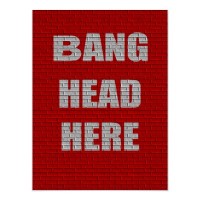 There was a glorious moment in this afternoon’s Committee evidence gathering session in Portcullis House for the Same Sex Marriage Bill which completely summed up the whole problem with the conversation the nation is blatantly failing to have on this issue.

Professor Julian Rivers, a law academic from Bristol was explaining carefully and with deliberate exactitude the two different competing understandings of marriage that were in competition in the current debate. One understanding was that marriage was a social institution geared around providing stable societal structures in which children were normatively procreated and raised. The other was that marriage was simply the romantic connection of two individuals.

Having explained this point reasonably and clearly with the precision that is necessary, the response of the chair was to tell him to not take so long answering next time!

This is the problem dear reader with the current debate. The understanding of marriage that we have had for over a thousand years and that is in the process of being swept away requires careful thought and considered attention. However, plenty in the pro same-sex marriage camp aren’t interested in being careful and considered – the matter is simply about equal claim rights and therefore to contemplate what it is their opponents are arguing for in their conservatism on the matter isn’t required. For example, Professor Rivers argued very clearly that the normative understanding of marriage to involve procreation didn’tÂ necessarilyÂ  require every married couple to procreate, but by introducing explicitly non-procreative couples into the institution (as opposed to accidently non-procreative couples like the infertile or those who chose not to have children but who could have them if they wanted) you by necessity change the normative understanding of what couples in marriage do. The response from Chris Bryant? He asked a question about why infertile couples didn’t break down Professor Rivers’ argument. It was as though he wasn’t listening (which given the evidence of his constant tweeting through the session it is clear he wasn’t).

He wasn’t listening and so so many in the pro camp aren’t listening either. It’s not that they’re failing to engage adequately with the arguments put forward by Professor Rivers and others, it that they simply aren’t even bothering to engage with them in the first place. This isn’t a discussion, it’s a steam-rollering.

The text of Professor River’s excellent submission can be read here.

The proposal to change the current definition of marriage depends on a sense that the man-woman criterion confers no distinctive social goods and represents an arbitrary limitation. But this is not the case. Marriage affirms the equal value of men and women, and promotes the welfare of children. Moreover, the logic of equal recognition and radical choice means that the boundaries of any new definition will be far more vulnerable. Challenges to its exclusivity, its permanence and even its sexual nature will be unavoidable. Marriage risks becoming any formalised domestic arrangement between any number of people for any length of time. On such a trajectory, marriage will eventually unravel altogether.

Professor Rivers:Â The law has tried hitherto to track the more biological conception of marriage. In that sense, that is why it has, for more than 1,000 years, insisted that a marriage can only take place between a man and a woman. It has been a settled part of the common law, and the romantic view of marriage has been allowed to flourish extra-legally through cohabitation primarily by people who rejected marriage and then more recently in civil partnership as a regulated form of a more romantic notion of marriage.

QÂ 249Â Chris Bryant:Â Â I am sorry, but I do find that analysis hopelessly flawed and historically completely inaccurate. The 1662 prayer book provides three reasons for marriage, one of which might by your romantic thing of people being able to share a mutual society in adversity or in prosperity. Before that is your procreation, and the second one is to prevent fornication and to provide for a more secure society. Have you ever read the judgment of the Massachusetts supreme court in 2003 in relation to same-sex marriages? It makes it clear that there is a long history of people getting married for a lot of different complex reasons, many of which were to do with money and property rights. I just do not see that binary division. It seems that you have created this, to be able to argue against same-sex marriage.

Professor Rivers:Â No, I do not agree with that. I did not mean to imply that the longer-standing, more biological view excluded the romantic dimension, but it insisted that several things were tied together to form a marriage. Obviously, the prayer book is a classic statement that tied together the three purposes that you identified, which includes the notion of romantic love.

QÂ 250Â Chris Bryant:Â Â But until 1753 and Hardwickeâ€™s Marriage Act, there was no provision, other than that a clergyman of the Church of England had to take the service. There was no other reason that a marriage could be voided.

Professor Rivers:Â That is not strictly correct, because it was only in the 16th century that the requirement of ecclesiastical solemnisation became normal within what was then the Catholicâ€”the universalâ€”Church. If you go back even earlier, it was simply by mutual consent that you could get married, but it was mutual consent between people of the opposite sex.

QÂ 251Â Chris Bryant:Â Â I do not see how that creates your binary definitionâ€”that one thing is romantic love and relationships, and if you think that that is all that marriage is about, it is bound to lead to this; and that another version of marriage is about procreation, and therefore you could not possibly entertain the idea of same-sex marriage, and that is when you end up with: why on earth would we allow Prince Charles to marry Camilla?

Professor Rivers:Â When I talk about the older conception of marriage as being, to use this label, â€œbiologicalâ€, that was a shorthand for saying that it attempted to be responsive to what it took to be natural facts about human kindâ€”namely, the division into two sexes and the involvement of both sexes in the procreation of further human beings. That concept of union is ultimately responsive to biological union, in that it takes two people of opposite sex to produce another human being. It is biological in that broader sense, not in the sense that every single marriage obviously has issue in children.

QÂ 252Â Chris Bryant:Â Â A large number of the civil partnerships that I have seen have family responsibilities. They either have actual childrenâ€”whether surrogated or however they managed itâ€”or adopted children, so I would have thought that the care of children as a social good and as a strengthening of society was a third part of the value of marriage for everyone.

Professor Rivers:Â With respect, that misses my point. My point is that the meaning of marriage is socially constructed. We can define marriage in a number of different ways, and the question is how we go about doing that. We can go about doing it in a way that attempts to track biological realityâ€”I am simply recording, as a matter of fact, that that has been the typical approach for centuries, if not millenniaâ€”or we can focus particularly on one dimension of a relationship, which is the romantic attachment, and we can make that the essence of marriage. We could make other things the essence of marriage. We could make it, and many cultures do, securing the inheritance of property. We could make marriage into fundamentally a property-based institution.

Chris Bryant:Â Â But we might want to do all these things, and that might point to why same-sex marriage adds to the greater goodness of the whole of society and cannot detract from the marriage of heterosexuals.

The Chair:Â Â May I intervene in this conversation or debate between the witness and Mr Bryant? Several other Members wish to ask questions. I again appeal for brevity in questions and particularly in answers.

40 Comments on “The Moment that Sums it All Up”