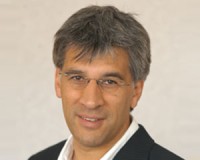 When I had a public conversation with Steve Chalke last month, one of the questions I asked him was how he was going to handle people like myself. Where do people who choose to be celibate fit into your model? What about those of us who see some form of sexual orientation change or who marry? Are we doing the right thing?

In the video below, Chalke attempts to answer this question, but actually avoids responding to it. Fast forward to 24 minutes and 50 seconds and see what I mean.

So here’s a summary of what Chalke says,

Now, reflect on what the question was that he was trying to answer was. That was, “Is there a danger that your article undermines the difficult choices celibate gay Christians have made?”. From his response I’m not sure what his answer actually is. He spends time criticising the examples of celibacy and marriage which have had poor outcomes (without exploringÂ why those poor outcomes occur) but doesn’t spend even a single second affirming those who live successful celibate or married lives. He brings in an example of poor pastoral practice in another area and tries to use that as aÂ justificationÂ for changing pastoral practice in the area of homosexuality. The whole response has a feel of dodging the question.

It strikes me that as long as Chalke doesÂ not give straight answers to these straight questions he is essentially saying to people like me that we were wrong.