More on the Sheffield Spat 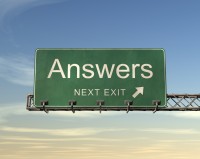 The advantage of having such a widely read public forum to ask questions in is that you then get answers. A number of people have written to me to clarify some of the issues around yesterday’s post on the irregular ordination of a Sheffield pastor.

It appears, contrary to the impression I may have given, that Christ Church Fulwood runs a number of successful church plants in other parishes with the full co-operation of those parishes and the Dioceses. Each is run by an ordained Church of England priest and they send ordinands through the Church of England system with little problem.

This is obviously why there was no attempt to go through the Sheffield Diocese channels for ordination, because that would have meant regularising the relationship between the two churches and the Diocese. But, seeing themselves as Anglican, the leadership sought oversight from elsewhere (Kenya) and the necessary authority to ordain. Certainly there appears to have been little attempt to work within the structures of the Church of England and if there were disputes when Christ Church Central was planted ten years ago, the new leadership in the Diocese since then would very likely be better disposed to trying to work through them now. Instead, it appears they were never even approached. Neither, as is now being intimated to me, were even Christ Church Fulwood…

It all has the smack of border crossing for no purpose. If Christ Church Walkley and Christ Church Central want to ordain church members (and even pastors) into the Anglican tradition then surely the Diocese must be the first port of call. Why was a request made to the GAFCON Council of Primates without first referring to the local ecclesiastical jurisdiction, the Diocese of Sheffield?

Can we not all see how schismatic this looks and how it plays entirely into the hands of the revisionists?

16 Comments on “More on the Sheffield Spat”