Extraordinary news this weekend as Cardinal O’Brien, the most senior Roman Catholic priest in the United Kingdom, admitted “Â there have been times that my sexual conduct has fallen below the standards expected of me as a priest, archbishop and cardinal”. The response from some parts of the media has been almost gleeful.

Cardinal Keith O’Brien, who was forced to resign by the pope last week, has made a dramatic admission that he was guilty of sexual misconduct throughout his career in the Roman Catholic church.

In a short but far-reaching statement issued late on Sunday, the 74-year-old stated that “there have been times that my sexual conduct has fallen below the standards expected of me as a priest, archbishop and cardinal”.

The former archbishop of St Andrews and Edinburgh, and until recently the most senior Catholic in Britain, apologised and asked for forgiveness from those he had “offended” and from the entire church.

O’Brien’s much wider admissions are a significant rebuff to some senior figures in the Scottish church who had repeatedly downplayed the allegations disclosed in the Observer, calling them unsubstantiated, non-specific and anonymous.

The cardinal’s office warned the Observer it faced legal action after it first contacted him.Â In further disclosuresÂ this weekend, the Observer reported that one complainant had alleged: “He started fondling my body, kissing me and telling me how special I was to him and how much he loved me.”

In a freshÂ interview with the Observer, the former priest, who made his complaint to the nuncio in early February, said that after his disclosures he sensed “the cold disapproval of the church hierarchy for daring to break ranks. I feel [that] if they could crush me, they would.”

O’Brien’s resignation was remarkable in its speed; his apology is all but unprecedented in its frankness. Many sexual scandals or allegations of misconduct against individuals or the wider church have dragged on for years.

What to make of all this? A number of thoughts. 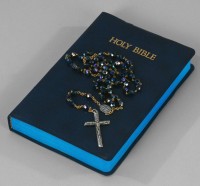 In some senses what we need to move on in this area is for the Churches to have a positive welcome for those who struggle in the area of same-sex attraction and not to treat them as pariahs. Unless we can provide such pastoral support and such an openness and honesty about our brokenness then we can never offer a safe-space for those struggling with this or other issues. That requires courage from the church – not the kind of “courage” which is simply an endorsement of sin and a collapse of moral standards but rather the courage to stand as broken men and women who rely on grace to move on day by day in the task of discipleship, dying to self and rising in Christ. It requires supporting and funding such ministry, not pushing it to the margins and avoiding issues that are “controversial” in the appointments process.

If the Bishops of the Roman Catholic Church and the Church of England are serious about wanting to help those like Keith O’Brien bring congruence between their faith and their sexual desires, then they need to reach into their pockets to do so. Until that happens, we will continue to lack the public pastoral and theological frameworks to back-up all our well-meaning conservative statements as to what Christian discipleship should look like. If anything, Keith O’Brien’s experience should be seen not just as a warning to the Church hierarchy as to what happens when you don’t provide the structures to back up theÂ sound-bitesÂ but also an opportunity to finally address this issue properly from a conservative position.