The Deanery Synod in Jersey met last night and adopted the following motion.

This Deanery Synod expresses its deep concern that the Commission of  the Very Reverend Robert Key, Dean of Jersey, should have been withdrawn, and requests the Bishop urgently to proceed with an investigation by an independent judicial figure to establish whether or not any disciplinary process under the 2012 Canons and Constitutions Ecclesiastical For the Isle of Jersey is required, which investigation Synod would support. 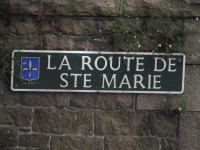 The motion was presented by Senator Sir Philip Bailhache (Grouville Parish) was passed with a substantial majority in each House (I am trying to get the exact figures).

I’m told that there is deep disappointment in the Synod that despite the Bishop of Winchester’s statement on the 8th of March and the Winchester Diocese’s Safeguarding Authorities recommendation that there should be an immediate investigation, over five weeks later nothing at all has happened.

There is concern from some in the Synod that Bob Key’s position will be kept in limbo for months as Bishop John Gladwin’s visitation is by it’s very nature not disciplinary. This is why the motion calls for a judicial role in the investigation so that the position of the Dean can be clarified as quickly as reasonably possible. It has been intimated to me that therefore either there should be a proper disciplinary process enacted forthwith or the suspension of the Dean should be lifted.

Some elements of the Synod even suggested to me that the Diocese is deliberately dragging its feet for political purposes (to stretch out the matter and make Bob Key’s position increasingly untenable). This is causing great frustration and anger in many quarters and is likely to exacerbate the situation not defuse it.

I have asked the Diocese for a response.