Paul Goodman is the editor of Conservative Home. Here’s his piece today. 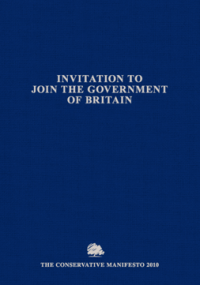 No political party should alter a bedrock institution without the following conditions applying – especially if it is the Conservative Party.Â  A sizeable campaign to change that institution should be in place: in other words, there should be real evidence of public pressure.Â  The Party should then discuss and debate the matter internally.Â  If the Party then decides on change, if should say so unambiguously in its general election manifesto.Â  If it doesn’t win the election, but enters into Coalition, any commitment to effect that change should be written into the consequent Coalition Agreement.Â  Ideally, any bill enacting the change should be preceded by a Green Paper in which anyÂ  problematic consequences of the bill could be aired, and solutions thereby sought.Â  Such solutions could then be written into the bill, or tacked on to it by amendments.Â  Finally, the bill should be subject to a geniunely free vote.

Not a single one of these conditions apply to the same-sex marriage bill, on which MPs will vote this evening.

No campaign for same-sex marriage preceded the bill.Â  (Although Stonewall has consistently favoured same-sex marriage, it didn’t launch a big campaign for it – at least partly because it thought the Government wouldn’t concede it.)Â  There was no discussion within the Conservative Party, especially at local level.Â  There was no manifesto commitment.Â  There was no Coalition Agreement undertaking.Â  There was no Green Paper.Â  There have been no significant amendments – other than Labour’s on equal civil partnerships.Â  And there has been no free vote, at least at when it comes to members of the Executive: it has been made very clear to Ministers which lobby the Prime Minister wants them to go into.Â  For these reasons alone, Tory backbenchers should vote against the bill at Third Reading this evening.Â  The way in which it has been introduced and championed has broken every rule of good government and party management.

The Loongate row is still reverberating in the Party, especially at local Association level.Â  The key point about it is that too many Conservatives, from the Cabinet table to the grassroots, believe that the controversial words are what is thought and said of them in Downing Street. No measure has done more to buttress that impression than the same-sex marriage bill – which has been imposed on the Party with such absolutism, and which is the cause of such a bitter culture war.Â  Many older people especially see the measure as a deliberate assault on their values: the bill might thus almost have been designed as a recruiting-sergeant for UKIP.Â  For this reason alone, Tory MPs should vote against the bill this evening in good heart.Â  They will certainly grasp that Ministers haven’t a clue what the courts will do when they get to work on Equality Act challenges, and that the bill is consequently a threat to religious freedom.