Have you heard of the Salisbury Convention / Doctrine? 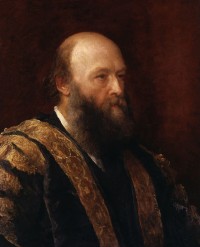 The Salisbury Doctrine, or “Convention” as it is sometimes called, emerged from the working arrangements reached during the Labour Government of 1945-51, when the fifth Marquess of Salisbury was the Leader of the Conservative Opposition in the Lords. The Convention ensures that major Government Bills can get through the Lords when the Government of the day has no majority in the Lords. In practice, it means that the Lords does not try to vote down at second or third reading, a Government Bill mentioned in an election manifesto.

Since 1945, the Salisbury doctrine has been taken to apply to Bills passed by the CommonsÂ which the party forming the Government has foreshadowed in its General Election manifesto,Â being particularly associated with an understanding between Viscount Addison, the Leader ofÂ the House of Lords, and Viscount Cranborne (the fifth Marquess of Salisbury from 1947),Â Leader of the Opposition in the Lords, during the Labour Government of 1945â€“51; and thusÂ is sometimes called the Salisbury/Addison doctrine. Lord Carrington later described theÂ convention as extending to any wrecking amendment to a manifesto measure (LordÂ Carrington, Reflect on Things Past: The Memoirs of Lord Carrington (1988), pages 77â€“78).

Put another way, what this means is that if the Government does not mention a specific policy in its manifesto, and let’s say the Prime Minister three days before the General Election explicitly says he has no plans to introduce said policy and later does a complete U-Turn, the Lords are allowed to vote it down.

Everything to play for here folks.

7 Comments on “The Salisbury Convention”