↓ Skip to Main Content
Home › Church of England › When to Tell

Panorama on the BBC tonight had a report that promotes the notion that the Government should make it illegal not to report child abuse suspicions. 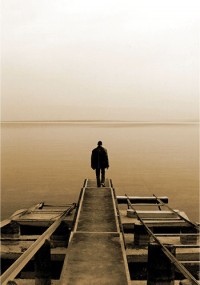 Teachers and other professionals who do not report child abuse suspicions should face prosecution, the ex-director of public prosecutions says.

Keir Starmer said under a British “mandatory reporting” law, those who failed to act could be sent to jail.

But the government said mandatory reporting was not the answer.

While statutory guidance has been issued previously urging professionals such as teachers, doctors and social workers to report child abuse, failure to do so is not a crime in England, Scotland and Wales.

In Northern Ireland, the Criminal Law Act 1967 makes it an offence to fail to disclose an arrestable offence – including those against children – to police.

Mr Starmer, who was succeeded as director of public prosecutions by Alison Saunders on Friday, said it was time to “plug a gap in the law” that had been there for a “very, very long time”.

“If you’re in a position of authority or responsibility in relation to children, and you have cause to believe that a child has been abused, or is about to be abused, you really ought to do something about it,” he said.

He said a criminal penalty would “focus people’s minds” and said there should be “immunity for individuals if they did report”.

He said the penalty for failing to report abuse could be a short jail sentence or a fine.

“There are just too many examples of cases where those who have suspected abuse have not really done anything about it and the perpetrator has either got away with it or, worse still, been able to perpetuate the offending.”

He added: “I would have a reasonably broad category of individuals that were subject to the law.

“Obviously school teachers, but others in a position of authority or responsibility in relation to children, including other educational institutions, even sporting institutions.”

Similar laws are already in places in countries including the US, Canada and Australia.

For the first time, the Catholic Church and the Church of England have also come out in support of mandatory reporting.

Yes, yes, yes, but what if this applies to clergy? And what exactly is a suspicion? Can it be clarified in law?

I have no problem with the idea of reporting current abuse of any form. Whenever I have undertaken any form of pastoral “confession” I have always made it clear that there are certain obligations I have that I need to undertake. If the person confessing something to me reveals that they are currently abusing somebody, then I would very likely impose a penance of needing to go to the police to share what they were doing. Remember, the seal of the confession is not complete until absolution is offered and absolution can come (sometimes) only after an act of contrition (penance). Happily the law of the land and pastoral tradition work well together in this regard.

But here’s another scenario. What happens if someone comes to you and confesses something they did thirty years ago? What do you do then? This is not a case of stopping something now, it’s reporting something that happened decades ago. What if they tell you that nothing has ever happened since?

When we did our ministry of reconciliation initial training as fresh-faced curates we had a fantastic session with an experienced priest from one of the large conurbations. He had a renowned ministry as a confessor, and one of the things he said has stuck with me till this day. He remarked that he never shared what people confessed to him because “if I start telling, no-one will come and no-one will be able to unburden themselves.” And it got me thinking, because at the end of the day priests are not social workers or teachers or community workers – they are priests, and when someone comes to confess the person we are concerned with is the one in front of us, the person whose spiritual health is a stake is the person in tears before us. How are we meant to help people confess sin if they worry about what we will do with what they tell us?

What do we think? It seems very clear to me that we have a duty of care to vulnerable children and adults, and that if someone comes to confess they should expect penance before absolution (and I make it very clear before someone starts that this is how the process works). But in the case of historic crimes? Where does the priest stop being a priest and start being an agent of the forces of secualr judgement? As someone who is quite outspoken on issues of child protection I still find myself in a quandry over this.