Bull vs Hall at the Supreme Court is out and it’s fascinating.

The interesting discussion is whether the Bulls discriminated against Hall and Preddy directly or indirectly. Three of the judges ruled that the discrimination was direct (i.e. that because the law said that Civil Partners should be treated like a married couple, the fact that they weren’t was discrimination) and two ruled that the discrimination was indirect (i.e. it was irrelevant that Hall and Preddy were civil partners – the Bull’s policy of only letting heterosexual married couples have double beds discriminated against them because they were gay). See the difference?

Here are some highlights from the ruling. From Lady Hale’s judgement; 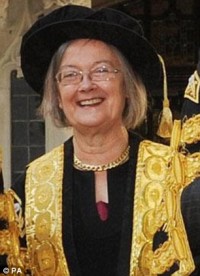 29. As this case is not within the scope of EU law, we are not bound to follow Maruko, but for the sake of consistency and coherence it is highly desirable that we follow the same approach. With or without regulation 3(4), I have the greatest difficulty in seeing how discriminating between a married and a civilly partnered person can be anything other than direct discrimination on grounds of sexual orientation. At present marriage is only available between a man and a woman and civil partnership is only available between two people of the same sex. We can, I think, leave aside that some people of homosexual orientation can and do get married, while it may well be that some people of heterosexual orientation can and do enter civil partnerships. Sexual relations are not a pre-condition of the validity of either. The principal purpose of each institution is to provide a legal framework within which loving, stable and committed adult relationships can flourish. I would therefore regard the criterion of marriage or civil partnership as indissociable from the sexual orientation of those who qualify to enter it. More importantly, there is an exact correspondence between the advantage conferred and the disadvantage imposed in allowing a double bed to the one and denying it to the other.

I’m confused as to what Lady Hale is trying to argue here. In one sentence she agrees that marriage and civil partnership are not necessarily entered into by only heterosexual and homosexual people respectively. In the next she says that the institutions (marriage and civil partnership) are indissociable (i.e. impossible to disassociate) from sexual orientation. Which is it please? Can someone please explain?

52. Sexual orientation is a core component of a personâ€™s identity which requires fulfilment through relationships with others of the same orientation. As Justice Sachs of the South African Constitutional Court movingly put it in National Coalition for Gay and Lesbian Equality v Minister of Justice, 1999 (1) SA 6, para 117:

â€œWhile recognising the unique worth of each person, the Constitution does not presuppose that a holder of rights is an isolated, lonely and abstract figure possessing a disembodied and socially disconnected self. It acknowledges that people live in their bodies, their communities, their cultures, their places and their times. The expression of sexuality require s a partner, real or imagined.â€

53. Heterosexuals have known this about themselves and been able to fulfil themselves in this way throughout history. Homosexuals have also known this about themselves but were long denied the possibility of fulfilling themselves through relationships with others. This was an affront to their dignity as human beings which our law has now (some would say belatedly) recognised. Homosexuals can enjoy the same freedom and the same relationships as any others. But we should not underestimate the continuing legacy of those centuries of discrimination, persecution even, which is still going on in many parts of the world. It is no doubt for that reason that Strasbourg requires â€œvery weighty reasonsâ€ to justify discrimination on grounds of sexual orientation. It is for that reason that we should be slow to accept that prohibiting hotel keepers from discriminating against homosexuals is a disproportionate limitation on their right to manifest their religion.

Once again I’m confused. Is Lady Hale really intending to suggest that human beings need to be in a sexual relationship to be fulfilled? Are single people according to Lady Hale unfulfilled? And does the fulfillment that Lady Hale suggests is found sexually only found in partners of a specific sex? That some people might want to enter into sexual relationships with people of the same sex is indisputable (in the same way that legislating against it is unacceptable in the modern world). But Lady Hale goes much further here and enters into a world of ethics and virtue that I think she is unqualified to comment on. Can someone please explain? 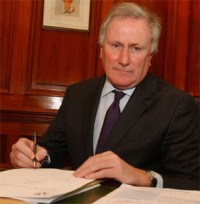 58. A married couple would have been permitted by Mr and Mrs Bull to occupy a double bedded room in their hotel. Mr Preddy and Mr Hall (who must for the purposes of regulation 3 be treated as if they were a married couple) were refused such a room. There can be no dispute that they were treated less favourably. Was this on the grounds of their sexual orientation? In my view, it was.

59. This is not a question of regulation 3(4) transforming what was indirect discrimination into direct discrimination. In concrete terms the effect of regulation 3(4) in the present case is that when Mr Preddy and Mr Hall arrived at Mr and Mrs Bullâ€™s hotel, their situation was the legal equivalent of that of a married couple. By virtue of that paragraph of the regulation, they could not be distinguished, as a matter of law, from a couple who were married. The fact that this applies both in the direct and indirect discrimination contexts does not derogate from the impact that the provision has on the operation of regulation 3(1). There is no material difference between Mr Preddy and Mr Hall and a married couple. The circumstance that they are not married in fact is to be ignored. It is of no relevance.

OK, here’s my problem with this. I agree with Lord Kerr (and Lady Hale) that Hall and Preddy were discriminated against directly on the basis that they were in a civil partnership, the law says that civil partnerships should be treated equally to marriages in the provision of services, and therefore the Bulls (and Mr Quinn) were wrong to not let them have the same services they offered to a married couple (a double bed). What I cannot fathom is this continual insistence that civil partnership are de facto relationships conducted by gay people (and marriages heterosexual). I have no problem with the idea that they are predominantly gay relationships but to treat them as presumptively (i) sexual and (ii) entered into by two people sexually attracted to each other strikes me as a unilateral rejection of the notion already raised (and supported) in Lady Hale’s ruling that not all people who enter marriages are heterosexual (and vice-versa for civil partnerships).

And here’s a thought – once same-sex marriages are able to be entered into, where then the legal status of civil partnerships when it comes to discrimination? Come next summer Hall and Preddy would have every opportunity to be married, so would at that point it be legal to say “only married couples can share a double bed” (regardless of the make-up of the couple)? If one couldn’t validly exclude civil partners at that point, then what extra legal benefits does being married procure? 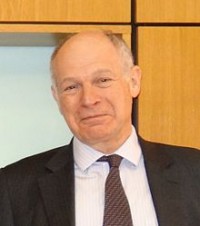 77. Lord Toulson says that to treat Mr Preddy and Mr Hall â€œdifferently from a married couple amounts to treating them differently because their relationship is homosexual and not heterosexualâ€. That may be true as far as it goes, but (i) it is only a partial description of the discrimination being practised in this case and (ii) the existence of a civil partnership adds nothing. As to (i), one has to take the discrimination as it has been found to be : Mr and Mrs Bull would have treated an unmarried heterosexual couple in precisely the same way that they treated Mr Preddy and Mr Hall. As to (ii), I do not see why, on Lord Toulsonâ€™s analysis, the fact that Mr Preddy and Mr Hall were in a civil partnership makes any difference. Thus, in my view, there is no getting away from the fact that, on the basis of the well-established rule identified by Lady Hale this is a case of indirect discrimination, unless there are any other good reasons to the contrary.

In response to this I would like to ask Lord Neuberger a question. If two heterosexual men in a civil partnership had requested a bed from the Halls and been denied, what would have been the basis of the discrimination against them (if any)? Would they be discriminated against directly (I would say yes, because the law says Civil Partners must be treated the same way as married couples) ? Would they be discriminated against indirectly? Well only in that as two heterosexuals they had chosen to place themselves in a position where they couldn’t be married, but there was nothing intrinsic in their sexual orientation which meant that they had to (or had not to) get married or enter a civil partnership or remain single. And if therefore there can be no indirect discrimination against these two men on grounds of sexual orientation, why is there suddenly indirect discrimination when the only thing you change in the circumstances of this case is the sexual orientation of the aggrieved party?

Indeed, Lord Hughes agrees with me; 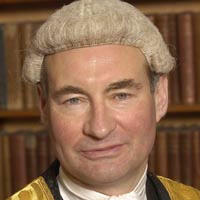 88. As I see it, the argument for saying that the present case is one of direct discrimination runs like this:

i) The defendants treated the claimants less favourably than they would have treated a married couple.

ii) There is no material difference between civil partners and married people: regulation 3(4).

iii) Therefore the only distinction between a married couple and civil partners is sexual orientation.

iv) Sexual orientation is therefore the ground for (reason for) the less favourable treatment.

v) Thus this is direct discrimination on grounds of sexual orientation.

89. As it seems to me, the flaw in this comes at step (iv). It concentrates on the characteristics of these claimants rather than on the defendantsâ€™ reasons for treating them as they did.

90. The claimants, in a civil partnership, are a subset of the unmarried; let us say subset (a). So also would they have been if they had been members of two other subsets of the unmarried:

b) a same sex couple not in a civil partnership; or

Go and read the whole judgement. It outlines how the case is very clearly one of direct discrimination, but it also demonstrates how our society gets itself into tangled knots when it starts to make judgements on the basis that sexual orientation is equivalent to sexual behaviour.