Court of Appeal Ruling on Core Issues vs TfL

Here it is and it’s juicy. These are the best bits.

34. It is common ground that a public body cannot exercise a statutory power for an improper purpose: see De Smith’s Judicial Review at paras 5-082 to 5-119. It is not disputed by Mr Pleming that, if the decision to disallow the advertisement had been taken for the purpose of advancing the Mayor’s election campaign and not for the purpose of fulfilling the objects of the GLAA and implementing the Policy, it would have been an unlawful decision. The issue in this case is whether the decision was taken for that purpose. This is an issue of fact.

35. Mr Pleming submits that the judge’s findings of fact on this issue at paras 55 and 58 of her judgment are unimpeachable. In my view, on the material that was before the judge, that is unquestionably correct. Indeed, I did not understand Mr Diamond to contend otherwise. The question for us is whether the new material makes any difference.

36. Central to the judge’s finding was her acceptance of the evidence of Mr Everitt that the decision was made by him. She accepted that he was “influenced” by Mr Johnson. But the decision was his. TfL’s interests in implementing its Policy and avoiding causing offence to a section of the public and avoiding criticism and controversy coincided with those of Mr Johnson, who also wished to avoid causing offence and criticism which might damage his election campaign.

37. The difficulty is that there is now in evidence an email which unequivocally states that the Mayor instructed TfL to pull the advertisement. On the face of it, this is inconsistent with Mr Everitt’s insistence that the decision was his and his alone. Mr Everitt has not provided an explanation for this. All he is able to say in relation to this email is that he did not see it until May 2013 and that it has not caused him to change his evidence that he made the decision. The need for an examination of the role of the Mayor is all the greater because (i) the 18.04 email shows that the Mayor’ Office contacted the Guardian immediately apparently in order to make political capital out of the story; and (ii) arrangements had been made for the Mayor to appear on 13 April (the following day) at hustings organised by Stonewall.

38. This is a most unsatisfactory state of affairs. It is surprising that TfL has not obtained witness statements from the Mayor, Mr Harri and Mr Barnes to explain the email. Mr Everitt has provided no explanation for it. If the email means what it says, it is difficult to see how it can properly be said that Mr Everitt and he alone took the decision. And if the Mayor took the decision, the question arises as to what his motives were. It is impossible for this court to decide what part (if any) was played by the Mayor in the decision to disallow the advertisement. It is, therefore, impossible for this court to decide whether the decision was or was not taken for the purpose of promoting the Mayor’s election campaign. 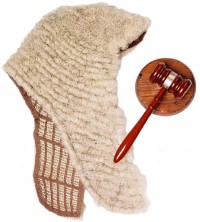 46. In my view, if the decision that was taken on 12 April 2012 was unlawful because it was taken in order to further the Mayor’s political campaign, the court would have a duty to say so. The judge was right to recognise that this would be a serious matter.

47. In the face of Mr Everitt’s repeated denials, this court cannot decide whether the Mayor instructed TfL to withdraw permission for the advertisement. The 18.04 email of 12 April raises a strong prima facie case that he did so, but that needs to be investigated. A proper investigation requires evidence from the other key actors, namely the Mayor, Mr Harri and Mr Barnes. As the proceedings are presently constituted, it is not possible for the court to require any of them to make witness statements or give oral evidence. That is because TfL is the sole defendant. The Trust originally issued these proceedings against the Mayor (on behalf of the GLA). It alleged in the Grounds for Judicial Review that the advertisements were “cancelled directly” by the Mayor on 12 April 2012. In an Acknowledgement of Service dated 8 August 2012, the Mayor and TfL asserted that the 12 April decision had been made by TfL alone and they applied for TfL to be substituted as defendant or alternatively added as second defendant. By an order dated 19 October 2012, Kenneth Parker J ordered that TfL be substituted as defendant to the claim.

48. In my view, it is in the interests of justice that a further enquiry be conducted by the court as to whether (i) the decision was instructed by the Mayor and (ii) it was made for an improper purpose. As Christopher Clarke LJ said during the course of argument, the only way this can be done properly is for the Mayor (on behalf of the GLA) to be added back as a defendant. The case should be remitted to the judge for her to make such an order and then give appropriate directions with a view to deciding whether the decision was instructed by the Mayor and made for an improper purpose. It will be for her to decide what directions to give. But I would expect her to direct that written statements be made by the Mayor, Mr Harri and Mr Barnes and then to decide in the light of the statements whether to order cross-examination.

79. On 31 October 2103, Michael Fordham QC (sitting as a deputy high court judge) refused interim relief. In the course of his judgment, he decided that Lang J did not hold that the Stonewall advertisement failed to comply with the Policy; she merely proceeded on the assumption that it failed to do so. The deputy judge also stayed the proceedings pending the outcome of this appeal.

80. I do not read Lang J’s judgment in the same way as the deputy judge. I accept that the opening words of para 135 “I consider that there is force in the Trust’s submission” are not suggestive of a decision. But if paras 135 to 137 of the judgment are read as a whole, I consider that the judge did decide that the Stonewall advertisement failed to comply with the Policy.

81. Mr Pleming submits that the judge was wrong to decide whether the Stonewall advertisement complied with the Policy since (i) the lawfulness of that advertisement was not in issue in the current proceedings and (ii) in any event she had insufficient information on which to reach a conclusion as to whether it was “likely to cause widespread or serious offence” or related “to matters of public controversy or sensitivity”.

83. I would emphasise the following factors. First, the restrictions imposed on the Trust only apply to the advertisements placed on the TfL network. The Trust is not faced with a total prohibition on publishing and disseminating its message. There are many other ways by which it can express its view. This is an important factor in the proportionality assessment. In Murphy, the ECtHR said at para 74:

84. “The prohibition concerned only the audio-visual media. The State was, in the Court’s view, entitled to be particularly wary of the potential for offence in the broadcasting context, such media being accepted by this Court and acknowledged by the applicant, as having a more immediate, invasive and powerful impact including, as the Government and the High Court noted, on the passive recipient. He was consequently free to advertise the same matter in any of the print media (including local and national newspapers) and during public meetings and other assemblies.”

85. This reasoning applies to the Trust’s advertisement. The restrictions are justified in view of the prominence of the advertisements and the fact that they would be seen by, and cause offence to, large numbers of the public in central London. Moreover, for those who are gay, the advertisements would be liable to interfere with the right to respect for their private life under article 8(1).

86. Secondly, I agree with the judge that the advertisement is liable to encourage homophobic views and homophobia places gays at risk. Closely linked to this is TfL’s duty under section 149(1) of the EA which points strongly against allowing the advertisement to appear on its buses, since it would encourage discrimination.

87. In my view, these factors strongly support the proportionality of the interference with the Trust’s rights under article 10(1) of the Convention.

88. I do not consider that a different conclusion is justified by the judge’s finding that TfL had acted inconsistently by accepting the Stonewall advertisement and refusing the Trust’s. She was right to hold (para 148) that the inconsistency of application of the Policy was outweighed by other factors. Of these factors, the most important were that to allow the advertisement would (i) involve a breach of the duty to have due regard to the section 149(1) considerations and (ii) encourage homophobia and put homosexuals at risk.

89. Although the judge did not make a comparison between the two advertisements, I consider that the Stonewall advertisement was intended to promote tolerance of homosexuals and discourage homophobic bullying. That was a lawful aim consonant with the objects of section 149 of the EA and paragraph 3.1(c) of the Policy. “Some people are gay” is a correct statement of fact. The phrase “get over it” in the Stonewall advertisement is a graphic way of saying that people should accept the principles of tolerance which are embodied in the EA. The Trust’s advertisement was a riposte to the “gay acceptance” message promoted by Stonewall and would have been seen (and was seen) as countering that message and encouraging “gay rejection” by implying offensively and controversially that homosexuality can be cured.

90. Nor do I consider that the judge’s mischaracterisation of the PSED was a material error. Although the distinction between a duty to have due regard to considerations and a duty to bring about a particular outcome is important, the duty to have due regard to the section 149(1) considerations was a factor which militated strongly against allowing the advertisement. I am in no doubt that the judge would have reached the same conclusion if she had applied the PSED correctly. More importantly, that was the right conclusion to reach for all the reasons given by the judge.

Let me summarise. The Appeal Court Judge agreed with the High Court Judge that Transport for London’s banning of the Core Issues Trust advert was proportional and acceptable. If anyone tries to suggest otherwise then they are simply deluding themselves. However, the Judge also says that there are serious questions to be answered by TfL and the Mayor’s Office as to whether Boris Johnson directly intervened in a (legally) inappropriate manner.

So most senses the Core Issues Trust loses. Even if the court end up slapping the hand of Boris Johnson (and that is all it will do at most), the adverts won’t be going back up. Perhaps a better approach would be to have an advert that simply said “Some people are no longer gay. Get over it” with a link to research on unintentional sexuality change. That couldn’t be mistaken for suggesting gay people *should* change their sexuality could it?