Andy Marshall, a gay Church of England priest, has written a personal piece in response to the Bishops’ Pastoral Statement on Gay Marriage. It’s fascinating, not just as a unique account of one man’s experiences, but also as a sobering reminder of what Conservatives need to engage with on this issue. 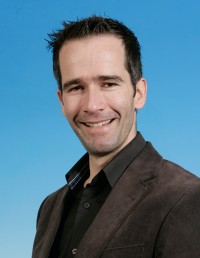 I came to faith at the age of 17, and – at the age of 18 – entered into full-time ministry as a Pioneer Youth Worker & missionary in disadvantaged rural communities in South Africa.Â  From there, I entered into employment as a full-time Youth Pastor in my home diocese, where I worked for 6 years, developing a ministry across the city and across the diocese; training youth pastors, and running regional youth camps and mission and evangelism initiatives in several local schools, and – together with non-denominational groups – ran programmes that ministered to thousands of young people across the city over the summer holiday period.Â  I ran teen groups, junior groups, toddler groups, young adult groups and student groups, ran training events for youth groups and youth pastors.

At the same time, I was struggling with my own sexual identity, but was aware of the wretched â€œIssues in Human Sexualityâ€ document, and so remained celibate and desperately lonely, and even subjected myself to 3 years of reparative therapy and support groups aimed at making me straight.Â  They were the 3 single most miserable years of my life, where I began to believe that I either didnâ€™t have enough faith to change who I was, or didnâ€™t matter enough to God to be granted a change.Â  I lost contact with my family (the group & counsellorâ€™s advice was that I was gay by nurture, and that I needed to distance myself from those that had caused me to have this â€œbroken identityâ€), and I remember sharing with a friend that the only reason I did not commit suicide, was because I believed the hell I found myself in was somehow better than the hell I would go to for being gay.

By this stage, I was also juggling a Theology degree by distance learning, and the Diocese had ordained me to the diaconate, and I was serving my curacy.Â  At my lowest point, my training rector asked me to confide in him what was going on in my private life, and I shared what I was feeling, grateful to get it out in the open.

What followed was a systematic breakdown of my private and professional life; I was subjected to him spreading rumours about me around the parish, trying to force me into a relationship with the parish youth worker and – when we both refused – he tried to force us to cohabit in the parish house, he had public notices about me pinned to external noticeboards, stating that I had strayed and needed to be disciplined.

When I approached the Diocese for help, I was reminded that rank mattered more than integrity, & was told that – as the junior priest – I would need to be disciplined.Â  I was removed from post and given 3 weeks to vacate the parish house, with no post to go to.

Thankfully, I had the opportunity to leave there, and move to the UK.Â  After 9 years of ministry in that Diocese, the only sentence in my reference stated that, â€œit has come to our attention that this priest is gay, but this has not proven a problem yet.â€

That, thankfully is behind me, and I’m at peace with myself, and my identity, and am able to see that I am exactly as God intended me to be.Â  However, I offer all of that, as evidence of how misused â€œIssues in Human Sexualityâ€ could be.Â  My superiors in that Diocese saw no incongruence between scripture and the way that they were acting, and â€œIssues in Human Sexualityâ€ gave them the permission they needed to act in that way, and do so boldly.

Now, my intention here is not to argue with any parts of Andy’s personal narrative. Rather, I want to call conservatives to a deeper reflection as to how they would respond to a story like this.

When I addressed a conference of the Church of Ireland a few weeks ago I said the following.

But what is interesting about the Living Out website is that it also includes stories of people who have seen little or no change in their sexual orientation, and they raise the second issue that we need to address, that of pastoral support. A Church that wishes to hold together through disagreement, and wants to hold together whilst maintaining the traditional position on sex and marriage, has to reassess its attitude towards pastoral support for those men and women it is calling to a life of celibacy. A church that is serious about maintaining the Biblical model of the marriage of a man and a woman as the icon of the union of Christ and his Bride the Church needs to find the best ways to support those who choose to honour that deep sacramental symbolism by refusing to let their bodies be used sexually in a way that would undermine the image of salvation we find in marriage. For those here that would share my basic theological convictions on this issue, I say simply this â€“ mere theology alone will not help convince the Church and the wider world that your position has pastoral integrity. Neither will shipping people off to specialist ministries demonstrate that the local church is in the business of loving and supporting and walking alongside men and women who walk the difficult world of singleness and celibacy in a culture that revels in sexual activity and the liberty to sleep with who you want, when you want and how you want.

Friends, if you are serious about walking together, then the Church of Ireland needs to discover together ways to walk alongside those who are called to a particular costly form of discipleship as your own Bishops themselves affirm. Without such a commitment, you will have pastorally already reached a conclusion that I suspect your theology will then catch up with.

Read that again and then read Andy’s story again and reflect deeply.

It matters nothing if we have the right theology and can win the legal fights and charges under the Clergy Discipline Measure over same-sex marriage. If our conservative leaders are not willing to fund evenÂ one single person to provide the kind of resources that would have helped Andy rather than damage him and leave him with no viable option but endorsing the liberal position, if we are not willing to do even that what possible chance do we have of “winning” this fight on the most important “battleground” of all, that of the pastoral approach.

Evangelical and Anglo-Catholic leaders in the Church of England, this isÂ your responsibility. Start putting your money and resources where your theology is before it is too late. It’s either that or we might as well not bother.

9 Comments on “Listening to Stories”