↓ Skip to Main Content
Home › Identity › Come Out, Come Out, Wherever You Are

Come Out, Come Out, Wherever You Are

The “Cure Me, I’m Gay” documentary earlier this week has got me thinking. 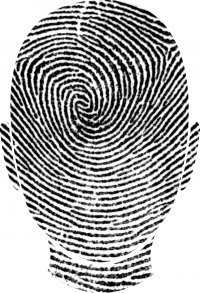 One thing that I have noticed amongst men who seek to change their homosexuality is that often they feel that the church will see them as somehow inferior if they “stay gay”. The attempt to “repair” one’s sexuality then becomes less about trying to function in a way that the church approves of and more to do with being able to fit in with or conform to an assumed “better” way of being. If one then fails to “change” having accepted this basis for trying to change, one has to either alter one’s view on same-sex behaviourÂ or somehow admit that you have not arrived where you need to be as a Christian.

I think this is the main failure of the ex-gay movement, that in defining “success” as a change in sexual attractions, it has created a generation of men who failed in what they set out to accomplish and in doing so had to reconcile that failure, often by embracing same-sex activity as a good and right thing. Once the straw man has been shown to be fragile, often the rest of the Christian structure comes down with it.

Here’s the thing though, what’s wrong with being homosexual, or same-sex attracted, or gay, or whatever you want to call it? Seriously, what’s wrong with it? Why do you need to change? Don’t get me wrong here – I’m not in the slightest bit advocating same-sexÂ behaviour, far from it, but simply being attracted to someone of the same sex, why is that a problem? So what?

Let me let you into a secret – you don’t have to change. Really, you don’t. I mean, you might change, but you don’t have to. As you stand here today in all your attracted to people of the same-sex glory, there is nothing wrong with you, nothing that makes you worse than the man who sits down next to you in the pew with the throng of girls around him, nothing that makes God see you as anything less than any other Christian.

But, I hear you ask, what will happen to me if I don’t change? How will I have a fulfilling life if I don’t end up with a sexual partner, if I don’t have someone to share my emotional life with? Listen to yourself! Look at the other single people in your church. Are they inferior to the couples? Does God think any less of them? Is there something spiritual inadequate about them because they are not hooked up with someone? Is celibacy a second-rate choice? Are the other singles better than you because they are straight?Â Have you even read 1 Corinthians 7:7?

Why do you need to change? Will you be a better person? Will God love you more? None of these things automatically happen just because you are “straight”. Really, they don’t. God loves all Christians just the same because the same Jesus died for each and everyone of them and imputed his same righteousness into each and everyone of them. Sanctification isn’t dependent on sexuality (though it might very well be dependent on sexual practice) and if you think it is, please point out the bit in God’s Word where he says it is.

I love what Sean Doherty wrote recently in the latest issue of AnvilÂ about his experience as a young adult not hiding away from his sexuality but rather simply accepting it for what it was.

During the period that I identified myself as gay, I was celibate. As a teenager and then anÂ undergraduate I attended evangelical churches where the classic Christian understanding ofÂ sex and marriage was taught and explained. Such an understanding was not forced upon meÂ â€“ wise and supportive clergy encouraged me to read widely about the subject and to exploreÂ the different points of view for myself. This exploration led me to the conclusion that sexÂ was indeed created by God as a good gift for marriage, and that recent attempts to findÂ exceptions to this teaching were deeply unpersuasive. To my mind, the classic teaching ofÂ the Church about sex was indeed the biblical and authentic Christian one.

As an undergraduate I was fairly open about my sexuality in church and college settingsÂ alike, and I never experienced homophobic treatment from evangelical Christians â€“ althoughÂ I was at times scorned by non-Christians and certain liberal Christians for believing that IÂ ought to be celibate! Indeed, far from being ostracised by the evangelical Church, I wasÂ nurtured, given responsibility in ministry, and encouraged to consider whether God might beÂ calling me to ordination â€“ and this in a Church which vocally opposed the appointment ofÂ Jeffrey John as Bishop of Reading. I was on the Exec of the Christian Union at my university,Â working alongside a mixture of charismatic and conservative evangelicals. Christian UnionsÂ are not normally bastions of radical liberal theological sentiment, and mine was noÂ exception. But my colleagues on the Exec treated me with nothing but respect and affection.

I know in my journey that it was only when IÂ stopped trying to change, when I realised that God wasn’t going to think any less of me simply for being homosexual (though he might have a few things to say about sex outside of the marriage of a man and a woman), that it didn’t, shouldn’t limit me in ministry and Christian life, it was only then when I chose just to live for God and not other people’s (or my own) expectations, only then that I actually started to change. It was only when I let go of the idea that I would beÂ better if my sexuality was different that God finally had the space to do with my sexual identity what he wanted. Before then I had been trying to satisfy myself, afterwards, when I was trying to satisfy God (realising that being straight wouldn’t make him any “happier” with me) that I became open to the changes in my life and thinking that happened and led me to where I am today.

Friends, we live in such a open and accepting time in Western culture, for better and for worse. Almost one of the last places where people feel uncomfortable being same-sex attracted and having other people know it is the Church. It shouldn’t be that way. The Church should be the place of acceptance, not of what weÂ doÂ (because some of the things we do are wrong and need to be identified as such) but of who we are and what we feel. And that should be the same for anyone LGB or whatever. You don’t need to be straight to be in the right place. You don’t need to change your sexuality to fit in. You don’t need to repair anything to have a better spiritual life. Jesus takes us all, warts and flaws and imperfections and wonky desires and everything. He takes us and makes us into what he wants, and when we realise that we are defined by what he thinks of us, not what we what others think of us, then that prepares us for the greatest change of all – being shaped into what He wants us to be.

Misfits of the world, come out come out wherever you are. You don’t need to change – he’ll change you into whatever he wants you to be in his own time once you let him be in charge.

64 Comments on “Come Out, Come Out, Wherever You Are”