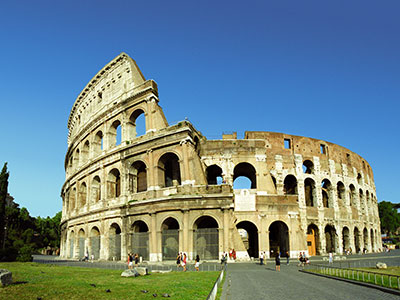 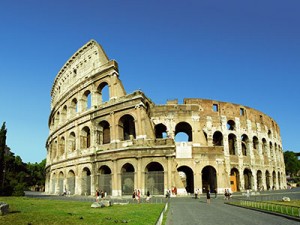 Back in the summer I began a series examining the Biblical passages around homosexual behaviour with a view to approaching the texts afresh to explore whether some of theology that I currently have was in any sense assumptive. You can read the first four parts of this series by clicking the links on the right hand sidebar where I have examined the New Testament cultural context, the argument over pais and the two “clobber words” used in 1 Corinthians 6.

I now want to turn our attention to Romans 1, and in particular to look at the arguments over what Paul means when he refers to “nature”. Specifically, it is Romans 1:26-27 where the discussion has its focus. Simplifying, the conservative understanding of the texts is that “nature” here refers to the natural order of how men and women should behave, i.e. heterosexually. So those who go against nature are behaving (and desiring) sexually in a way that they are not meant to. The revisionist response is that those who go against nature are going against their nature, so verses 26 and 27 they suggest refer to those who are naturally heterosexual and engage in homosexual behaviour.

There is one revisionist argument that we can dismiss immediately, and that is the idea that Romans 1 does not matter in the modern context because it is not referring to committed monogamous relationships. As we have seen in our discussion on the meaning of arsenokoites, there is a discussion to be had as to whether the specific words we are debating the meaning of only refer to a subset of homosexual behaviour. In this case however the argument about monogamous couples is not rested in an alternative translation of any specific words but rather an a priori assumption that the Pauline text is simply unaware of such couples. Of course, the argument can very quickly be removed by simply applying the same reasoning to other sexual behaviours that appear to be prohibited by Scripture. For example, we may suggest that although Scripture forbids incestuous relationships, since it is unaware of monogamous committed incestuous couples it cannot possibly refer to such unions. Or to push the argument provocatively to its limits, we might suggest that since Scripture is not aware of consensual ebophilic sexual relationships we should not immediately condemn such relationships, since Jesus’ words about “not causing one of these little ones to sin” obviously do not refer to such committed partnerships. And of course such an argument is absurd, but then by declaring that such relationships do not actually exist we fall into the very same fallacy perpetuated by some conservative speakers who suggest that there are no monogamous gay couples. On the contrary, monogamous gay couples do exist and similarly the kind of couples discussed above (monogamous incest, consensual ebophilia) also sadly exist.

A more robust revisionist argument is of this kind:

This argument turns our attention to the text itself of Romans 1 because it asks us to consider what the specific words used in Romans 1:26-27 might actually mean. Is there anything in the text itself that might support the idea that Paul is condemning a specific homosexual behaviour, or is the condemnation a blanket ban on all homosexual activity?

The issue is not as easy to discern as it is in 1 Corinthians 6. In 1 Cor 6 we have a specific word which we have seen means “man who has sex with man”. In Romans 1 however we do not have a specific word that means “homosexual behaviour”. Rather we have a description of homosexual behaviour and then the usage of two phrases – phusikos meaning “natural” and pathos atimia meaning literally “passions disgrace”.

The debate around “natural” is an argument whether natural refers to what is normal for a particular human being or what is normal / natural for all human beings. A good summary of this position is as follows:

To discover whether this is a correct interpretation we need to explore what the Greek words phusikos or phusis means. As in the past, we will look at its use in Scripture to determine whether there is a “normal” use of the word throughout the Bible.

The first interesting observation is that there are no references to phusis or phusikos in the Septuagint Old Testament (though there are many usages of the words in the Apocrypha, specifically in Wisdom, Sirach and 4 Maccabees). This leads us to suggest that the linguistic or theological concept of “nature” is not found in the Hebrew Scriptures and is most likely a Hellenistic idea that Paul and the other New Testament writers (and those of the Apocrypha) adopt, even if the original texts (especially Sirach and Wisdom, though Wisdom is often understood to have been written in Greek with a Hebrew poetic style) were written in Hebrew. That however is not in and of itself a major issue, since the Johannine corpus uses the Hellenistic concept of the logos which is adopted quite happily by later Christian theologians (e.g. Justin Martyr). What it does mean though is that unlike the discussion over arsenokoites, we cannot refer to the Old Testament for an etymological explanation of the word’s meaning.

So returning to our original reason for examining these verses, we can see that the thrust of the meaning of phusis (nature) and phusikos (natural) is to point towards what is natural for all human beings (e.g. Eph 2:3, James 3:7) and not just what is natural for an individual human being. Even Romans 2:14 refers to a shared nature (phusis) of all Gentiles and not to individual natures. To therefore interpret phusikos in Romans 1:26 as referring to what is natural to an individual woman rather than to all human women is to impose a meaning on phusikos that is contrary to its usage through the rest of the Pauline corpus and the wider New Testament.

Indeed, such an approach is to impose upon Romans 1:26 a meaning to phusikos that is not found in the wider context of Greek philosophical thought. The preSocratic philosophers were known as physikoi because they pondered the truth about the natural order. Whether reading Platonic, Aristotelian, Epicurean, Stoic or any other kind of Greek philosophy it is impossible to find the idea that phusikos or phusis refers to the nature of a specific unique individual without it being explicit in the context. Rather, in all these strands of philosophy phusis is the nature of all the things being discussed.

For those who want to explore the meaning of phusis and phusikos further, and in particular whether the nature referred to is that of all humanity or particular individuals, there is this excellent article available online from the JETS

We now turn to the second part of the revisionist assertion we quoted above, namely that it is a specific sexual act that is being condemned by Paul.

An Archigalla was a head priest. “Galli, castrated, male, eunuch priests, were found in many goddess cults. They functioned as representatives of the goddess, offering themselves sexually to male worshippers. These religious practices flourished in first century Rome.“ 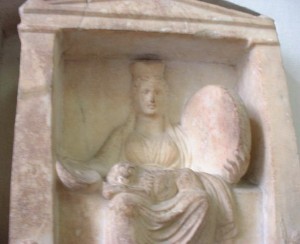 While it is absolutely true that such sexual practices occurred in Rome, there are two flaws in the argument that Paul is only addressing the cultic practices around Cybele worship and not using it as an example of a wider principle. Firstly, it would have been very easy for Paul to have referred specifically to the eunuchs in order to avoid any confusion over whether he was condemning this specific act or all homosexual behaviour. The word eunochos is used several times in the New Testament (Matthew 19:12, Acts 8) and there is no doubt that Paul could have been much more specific if he needed to be. But secondly, the revisionist argument here completely ignores the fact that the initial thrust of Paul’s argument is to do with female homosexuality which was not connected with Cybele worship. Indeed, female shrine prostitution for other females was unheard of in cultic environments and the role of female prostitutes was to provide a sexual outlet for men. In order for Romans 1:26-27 to be only about Cybele worship the second half of Romans 1:26 needs to be excised from the text to make the interpretation work.

That is not to say that Romans 1 very likely is using the context of Cybele worship to illustrate a wider point about incorrect sexual practice. There are clear similarities between what Paul lists as pagan practices and the manner of worship in the temples of Cybele. For example, this revisionist article lays out clearly the way Paul’s argument draws on this pagan behaviour.

The galli claimed to tell people’s fortunes, but everybody thought were mad due to their frenzied dancing and self-mutilation. The Greek texts describe the “mania” of their rituals.

23: They made images of man and animals to worship:

The Cybele/Attis temple statues were primarily of Attis and/or Cybele, who were typically surrounded by images of other animals, particularly lions, birds and snakes. In addition, these temples were often filled with birds, because the galli believed they were too holy to touch, to chase them away.

Once again we find that the revisionists arguments are built upon suppositions rather than contextual hermeneutics. The argument that “nature” refers to an individual’s nature is rejected in the light of both the Scriptural use of the words and its use in Hellenistic philosophy before and during the period of the writing of the New Testament. Equally, the argument that Romans 1 refers to cultic prostitution is rejected in the light both of nothing in the text explicitly supporting such an argument and the inability of the limited cultic prostitution argument to interact with the clear meaning of the root word phus in the surrounding text.

In my next post I will examine the issue of Sodom.