You can’t make this stuff up. Cranmer has all the details but briefly the facts are 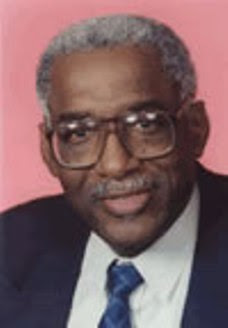 Cllr George Reynolds (Colliers Wood, Merton Council) is, by all accounts, a loyal, hard-working, compassionate and caring councillor. He gives freely and abundantly of his time and serves the community assiduously on numerous committees, including Merton Councilâ€™s Appointments Committee, the Children and Young People Overview and Scrutiny Panel, the General Purposes Committee, the Planning Applications Committee, the Standing Advisory Council on Religious Education and the Sustainable Communities Overview and Scrutiny Panel.

You would think Labour would laud and honour such a good and faithful servant.

But Cllr Reynolds has been deselected as a candidate in the forthcoming local elections not because he objected to canvassing on the Sabbath on grounds of religious conscience, but because, as a pastor of his church, he is obliged to tend for his flock on Sundays and does not possess that particularly-useful divine attribute of ubiquity: the ability to be simultaneously here, there and everywhere.

A Conservative candidate for the forthcoming elections in Merton (Miles Windsor) has delved a little into the story:

â€œWhat I have heard, from reliable sources, is deeply concerning. Siobhain McDonagh, Labour MP for Mitcham and Morden, is well-known for her Sunday morning canvassing. Thatâ€™s fine of course, if a little irritating for those residents whose Sunday mornings are sacred for one reason or the other. If she doesnâ€™t maintain a personal faith and wish to attend church on Sundays that is her business.â€˜So whatâ€™s the problem?â€™, I hear you ask.

â€œCllr Reynolds is the pastor of a church and leads his congregation on Sunday mornings. Thus, he asked to be exempted from canvassing on a Sunday. A reasonable request most would think, especially as it isnâ€™t just his beliefs that would be conflicted (although this would be reason enough) but also as it is his job. Siobhan wouldnâ€™t agree it would seem. He has been de-selected.â€

Cllr Reynolds is Lay Pastor at Tooting Methodist Church, and Cranmer has never heard of anything so outrageous as a Christian minister being deselected as a political candidate because his church commitments prevent him from carrying out political activity on a Sunday. This is one of the most outrageous anti-Christian manifestations of this appallingly oppressive and illiberal Labour Government.

And God knows there have been quite a few.

In many ways, Siobhain McDonagh is the immanent incarnation of the imminent persecution of all believers. It beggars belief that the political movement which had its roots in Methodism would reject a Methodist minister simply for putting his faithfulness to God over political service.

What on earth does the Christian Socialist Movement think about this? Do they even care? It is, of course, perfectly possible for Christians with church commitments to fulfil their political obligations on other days of the week. But no compromise was possible for Ms McDonagh. In the pursuit of her rabid secularisation agenda desperate attempt to be re-elected, it is the traditional Christian Sabbath which has to be defiled; it is Christian devotion which is subsumed; it is Christian ministry which is considered expendable.Cranmer would bet his charred right arm that Labour would never have dared to deselect an imam who refused to canvass on a Friday while led the ummah in their essential duas.The Methodists of Tooting say of themselves:

Who are we? A community of people, young and old, from many backgrounds and cultures, who believe and serve Jesus in varying degrees. We exist for ourselves – that’s why we encourage and support one another in daily living. We also exist for those who don’t belong to any church – that’s why you are assured a caring welcome!

Labour also welcomes those from all backgrounds and cultures (especially in key marginals), but if your background is Christian and your culture requires you to put God first on Sundays, youâ€™re not so welcome. Siobhain McDonagh exists solely for herself; she evidently couldnâ€™t give a fig for those who belong to any church, and if you do, please donâ€™t expect any kind of welcome from Labour.

Tooting Methodists do not claim to be better than anyone else. But we become better people as we grow in our understanding of God’s pardon and love.

It seems the Mitcham & Morden Labour Party claim to be better than Christians, or at least better than those Christians who place church attendance on a Sunday above political campaigning. Doubtless Siobhain McDonagh could not possibly become a better person: she understands nothing of the love Labourâ€™s lost.

We sing rather well, put passion in our preaching, and seek both to hate sin and to love fellow-sinners. We invite you to come and give us a try. Nothing ventured, nothing gained.

Labour no longer has music in its soul: they have passion, but their politics are perverted. They encourage sin by legislating to make it compulsory. The nation gave them a try in 1997; they ventured again in 2001, and again in 2005.And gained nothing.Cllr Reynolds has learned that he may not serve two masters. Labour has arrogated to itself a status above that of God, and they will not permit their candidates to serve Jesus to any degree: Labour will not tolerate idols.His Grace has been informed that the official reason for Cllr Reynoldâ€™s despicable treatment is that he â€˜could not fulfil his obligationsâ€™. 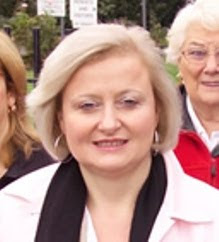 Perhaps it is time for the Christian voters of Mitcham and Morden to prevent Siobhain McDonagh from fulfilling hers in Parliament. From the look of her, butter would not only melt, it would moulder and putrefy in her mouth. She has a website, of which she says: â€˜It allows you to let me know your views and to find out what mine are and, importantly, what I’m doing about them.â€™

Well, we know what hers are. So Cranmer exhorts all of his readers and communicants to let Ms McDonagh know your views on this matter and, importantly, to ask her what sheâ€™s doing about them.

On her â€˜Aboutâ€™ page she boasts that she holds â€˜regular receptions at the House of Commons to honour the work of groups such as GPs, charities, churches, Residents Associations, School Governors, foster carers and the volunteers who run the Little Leagueâ€™.Since she professes to â€˜honourâ€™ the work of churches, perhaps she might host a reception for the loyal Cllr Reynolds and his caring and compassionate congregants.

Not even on a Sunday.

Commenting last year in Parliament about increasing prejudice and incidences of discrimination against Christians, Harriet Harman said: â€œThis is really just a matter of basic good practice and common sense. There is nothing in any law or guidance that requires people to act daft.â€Siobhain McDonagh and the Labour Party in Mitcham & Morden are acting daft.His Grace has never in his life campaigned for a Labour candidate.But there is a higher principle at stake here.Perhaps we should begin a petition for Cllr Reynoldsâ€™ re-selection?