Well worth reading the whole thing. 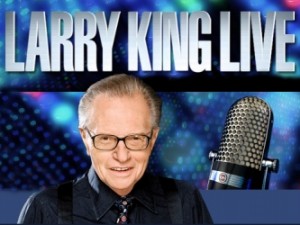 â€œWeâ€™re all sinnersâ€ comes up again and again in discussions like this. In herÂ Larry King interview, Knapp realized the power of having the pastor admit that he too is a sinner. Once she received this admission, she had the upper hand in asking, â€œThen why are you judging me instead of me judging you?â€

Whenever the discussion centers on â€œhomosexuality is a sinâ€¦ but weâ€™re all sinners,â€ the traditionalist inevitably comes across looking like he is singling out homosexuality as a worse sin than all the rest. His protests to the contrary always ring hollow.

But this is the wrong way to frame this debate. We are not saying thatÂ some of us are worse sinners than others or that homosexuality is a worse sin than pride, stealing, etc. We are not categorized before God as “better sinnersâ€ or â€œworse sinners.â€ Instead, we are either unrepentant or repentant. True Christianity hinges on repentance.Â The pastor onÂ Larry King Live eventually made this point later on in the broadcast, but the rhetorical damage had already been done.

If we are to reframe this discussion along biblical lines, then we must emphasize the necessity of repentance for the Christian faith. The point is not that the pastor and the Knapp are both sinners. Itâ€™s that the pastor agrees with God about his sin, while Knapp remains in her sin without repentance.Â That is why he is questioning her Christianity, for Christian teaching makes clear the necessity of repentance as the entryway into the Christian family.

Ultimately, the debate is not about homosexuality versus other sins. Itâ€™s about whether or not repentance is integral to the Christian life.