Can Christians Foster and Other Questions 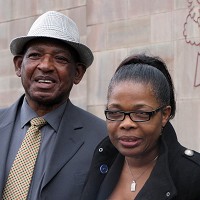 As many of you know, the High Court sitting in Nottingham is deliberating over a judgement concerning a Christian couple and their fitness to foster children. Owen and Eunice Johns had fostered previously but they withdrew their new application when it became clear that there would be a problem with the social workers accepting their conservative christian views on homosexuality.

Let’s assume for the moment that Eunice and Owen actually present a reasonable conservative position (i.e. something on the lines of “God is not in favour of sex outside of marriage”, rather than, “gay people are going to hell”). If the court rules that they are not allowed to be foster carers if they tell the children in their care what they think, it raises a very interesting question beyond the immediate issue at hand, namely this.

Why is the Church of England still being permitted to operate as the State Church?

At first this seems unconnected to the original issue of fostering, but once you explore the underlying issues you see where I’m going here. If the High Court rules that the State (in this case the local council) is allowed to view a theological opinion as grounds to not allow someone to represent the State (in this case caring for children in the trust of the State), why should it permit the Church of England (which holds the identical theological position as Owen and Eunice Johns) to represent it in any form? Isn’t it logical that as soon as the High Court rules that the position of the Johns’ is unnaceptable, it follows that that is the same for any person or organisation who holds the identical position?

10 Comments on “Can Christians Foster and Other Questions”