Therapy or not Therapy?

A few days ago newspapers began reporting on the outcome of the complaint by undercover reporter Patrick Strudwick against Lesley Pilkington, a Christian and practitioner of Reparative Therapy. The complaint was made to BACP, the British Association for Counselling and Psychotherapy, the umbrella organisation for therapists in the UK, after Strudwick deliberately deceived Pilkington into believing he wasÂ dissatisfiedÂ with his homosexuality. The reality was that Strudwick is a freelance journalist and gay activist, seeking to expose these kind of therapies. So what was the result? Well, first of all, Strudwick well and truly got his dingle-dangles bitten off. In particular, he abused his client status in the therapeutic relationship. The report says,

MrÂ Strudwick was not open about his true intention in engaging the services of Mrs Pilkington and in significant ways deliberately misled her into believing that he was comfortable and accepting of her approach, such as saying Amen at the end of prayers and making statements such as. â€œIâ€™ve become more religious again recentlyâ€, lulling Mrs Pilkington into a false sense of security. In his persistent questioning he manipulated the content of the sessions to a considerable extent in order to meet his own agenda.

Ouch! In fact, the BACP were so critical of Strudwick’s approach to “exposing” Lesley Pilkington and others that they are considering engaging in a joint complaint with Lesley to the Press Complaints Commission. However, Lesley Pilkington herself doesn’t come out very well in the BACP report. The report labelled her as,

“reckless”, “disrespectful”, “dogmatic” and “unprofessional” …Â Mrs Pilkington had allowed her personal preconceived views about gay lifestyle and sexual orientation to affect her professional relationship in a way that was prejudicial.

Of course, if you went on to read the rest of Strudwick’s piece in the Guardian you would be mistaken for thinking that the BACP report criticises Lesley for even attempting to engage in Reparative Therapy. That simply isn’t the case and in fact the BACP report made no comment on the validity or otherwise of Reparative Therapy. The criticism of Lesley was that she was far too directive for a proper therapeutic relationship, that she disregarded Strudwick’s assertions that the developmental model she was exploring with him just didn’t fit his life. These were the reasons that she was instructed to retrain and report back to BACP on successful completion of that course. Looking at some of the reporting, you wouldn’t realise that. For example, the Telegraph report’s headline reads,

which gives the impression that Lesley was penalised for even engaging in Reparative Therapy, which of course is not the case. Another example of selective reporting would be the column Strudwick wrote for the Guardian where the sub-line reads,

Two years ago, Patrick Strudwick began challenging therapists who claimed they could change a patient’s sexuality. This week he won his battle against one.

Well, no he didn’t win because on the chief area that Strudwick sought to challenge, the validity of Reparative Therapy, the BACP panel disagreed with him that offering it as a Counsellor was in and of itself incompatible with BACP membership. Of course, the selective reporting works both ways, as the closest the Christian Legal Centre report gets to acknowledging the criticism of Lesley Pilkington is this paragraph.

The Professional Conduct Panel found that certain procedural rules had been breached by Mrs. Pilkington, such as extending the session over the allotted hour and for failing to counsel Mr. Strudwick after a meeting with her husband whilst Mr. Strudwick was on a purported toilet visit, but in fact, his purpose of going to the toilet was to change the tapes he was using to record Mrs. Pilkington. Further, the BACP found that Mr. Strudwick was a â€˜clientâ€™ and â€˜was the recipient of counselling related servicesâ€™.

I think the criticism went a bit further then that n’est ce pas?

What do we learn from all this? Well, interestingly we see that Reparative Therapy is not, at the moment, a problem for the BACP as regards the validity or otherwise of members who practice it. The 2009 “statement” on the subject from the Association was effectively dismissed by the panel hearing the Pilkington / Strudwick case. This was in fact a letter published by a BACP Fellow after Strudwick’s first Guardian piece in 2009, which reads,

The British Association for Counselling and Psychotherapy is dedicated to social diversity, equality and inclusivity of treatment without sexual discrimination or judgmentalism of any kind, and it would be absurd to attempt to alter such fundamental aspects of personal identity as sexual orientation by counselling (Counsellors offer ‘cure for homosexuality, 26 March). All that so-called “aversion therapies” have ever achieved is to make people with gay thoughts suffer extra pain. I do feel some sympathy for those who may have tried to respond positively to a client who asked: “I’m married but have unwanted gay desires – can you help me?” But the ultimate goal of any such therapy ought to be acceptance of reality.
Phillip Hodson Fellow, British Association for Counselling and Psychotherapy

The letter refers to “Aversion Therapy” (i.e. electric shocks given when a client sees a same-sex image) and although a reference is made to the absurdity of altering sexual orientation, the fact of the matter is that the BACP has never come to a corporate mind on the issue, so whilst Hodson, a highly-respected Psychotherapist, was acting as the media spokesperson for BACP, as the panel assessing this particular case realised, his letter here cannot be taken as representing the BACP official agreed stance on the issue. However, that is not an excuse for sloppy professional practice and what this case highlights is the dangers of trying to push a client towards a particular psycho-dynamic explanation of homosexuality when, as most of us realise, the individual roots of homosexuality are often varied and complicated. Whilst an individual therapist might have a very good hunch as to what the particular emotional and relational issues are for an individual are, it is up to the client him/herself to own those understandings themselves and not have them imposed upon them. This is, remarkably, how some of the “Healing Courses” actually work in practice. Take for example Living Waters from the Desert Streams ministry of Andy Chomiskey. Over 20 sessions course members are presented with a number of psychological insights and biblical truths. It is then down to course members whether to respond or not to the issues raised and it is not uncommon for course members to not speak for a few weeks until one concept is presented that really “hits home” with them which they can then explore within a group therapy and prayer setting. Reference is made in Strudwick’s Guardian piece to the 2002 paper byÂ Ariel Shidlo and Michael Shroeder on Reparative Therapy with the claim that 55% of clients in these therapies experienced harm. As Warren Throckmorton (who was part of the team doing research that led to this paper and an associated conference) points out though, this selective reporting fails to express what this research actually showed. 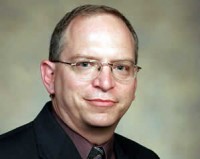 In fact, Drs. Shidlo and Schroeder were very clear about this in their research report, saying:

The data presented in this article do not provide information on the incidence and the prevalence of failure, success, harm, help, or ethical violations in conversion therapy. (italics in the original, p. 250).

Exactly. Probability of change cannot be gleaned from this study. The cautious rendering of the research would be that some people report being harmed and some people report benefit from efforts to modify aspects of their sexuality. At present, we do not know with precision how likely either outcome is to occur for anyone.

The best research on the subject, because it tracks individuals through the process of Reparative Therapy, not just contacts them afterwards, is the ongoing Ex-gay longitudinal study from Yarhouse and Jones which to date has shown little evidence of this allegation. Now that rigorous methodological standards are beginning to be applied to the issue, it behovesÂ those commenting on this issue to not just rely on anecdotal data in this area but actually take serious the best research work on ongoing rigorously assessed outcomes. All in all I’d view this ruling as a score-draw. Whilst Strudwick completed failed in his mission to discredit Reparative Therapy (and indeed may even have backfired in terms of his personal career), the ruling does act as a warning to Christian therapists and counsellors to operate within the highest standards of professional practice. It is not wrong to offer a particular psycho-dynamic model of sexual development as a possible explanation of a client’s sexuality (and I like many others have found such models to be vital in understanding ourselves and moving forward in wholeness), but it is questionable at the very least to attempt to impose that model on a client in the light of the client’s rejection of it. Time for all involved in this case to stop, engage in some serious reflection, and then move forward having rectified the matters that have been raised as concern.

3 Comments on “Therapy or not Therapy?”