A Little Spat in Sheffield

Many of you by now will have seen the press release from Anglican Mainstream about the ordination of a pastor from Sheffield by a Kenyan bishop.

Nearly 10 years later both parent and daughter churches have continued to grow numerically and partnered one another in mission to the city. An expression of this partnership was the planting of Christ Church Walkley last year, with the initial members drawn from both congregations living in the area. Pete Jackson, who has been one of the associate ministers at Christ Church Central, is the founding minister.

Although recommended by the Reform Panel of Reference and trained at Oakhill Theological College, Pete had not been ordained since Christ Church Central was not part of Sheffield Diocese. Concern that his ministry and that of the new church should be appropriately recognised led us to consult the leadership of the Anglican Mission in England (AMiE), who subsequently wrote to the GAFCON Primatesâ€™ Council with a request that they should facilitate Peteâ€™s ordination.

We are immensely grateful for the leadership of the Archbishop of Kenya, Eliud Wabukala, as chairman of the GAFCON Primatesâ€™ Council, and to the Bishop of Kitui, Josephat Mule, who ordained Pete as a deacon in the Anglican Church of Kenya on Saturday 9thÂ February. We see this event as the latest expression of Gospel partnership between the churches in Sheffield and Kenya. Tim Daviesâ€™ father was Provost of Nairobi cathedral in the 1970s, Tim was born in Kenya and is himself an honorary canon of All Saints Cathedral Nairobi. Christ Church Central already supports mission partners in Nairobi.

Let me summarise this for you. Christ Church FulwoodÂ (a Conservative Evangelical Church of England church) has been conducting a number of church plants within Sheffield, mainly in areas that have very low rates of church attendance. One of these is Christ Church Walkley where Pete Jackson is the pastor. They meet in Walkley Library which is within the parish of St Mary’s Walkley. And here begins the problem… 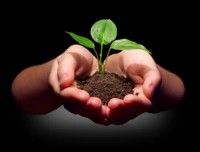 Because they are operating within another parish, Christ Church Walkley isn’t an official Church of England church. The Church of England normally likes its parish boundaries so you can’t go and plant another church within someone else’s parish. I say “normally”, because in fact there are special arrangements. For example, when St Thomas Crookes was expanding itÂ soughtÂ to take over a warehouse site in a different part of the city. If you stick their postcode into A Church Near You you’ll see that a chunk of the parish of St Bartholomew has been removed and is now an extra-parochial place under a Bishop’s Mission Order. This is the campus for St Thomas’ Philadelphia (and when I say campus I mean campus – there are now a number of buildings). Apparently the vicar of St Bartholomew’s wasn’t too pleased about St Thomas’ coming to plant in his parish, but the Archdeacon and Bishop pretty well over-ruled him.

And I make that last point to emphasise the fact that the Diocese of Sheffield is not averse to mission and church plants. Far from it – the current Bishop, Stephen Croft, is one of the people behind Fresh Expressions in the Church of England and a previous Archbishop’s Missioner. He gets mission and he gets church planting and trying new things where old things have failed. So that begs the question – why are the Christ Church Fulwood plants not operating as official Church of England plants? If the diocese can be highly flexible to the point of going over the head of the local parish priest when it comes to St Thomas’ Philadelphia, why not in other cases?

Perhaps someone who knows the history better can share with me. But before I make my final points, let me just point out one thing in the press release that should be clearly understood. The statement reads,

Although recommended by the Reform Panel of Reference and trained at Oakhill Theological College, Pete had not been ordained since Christ Church Central was not part of Sheffield Diocese.

Now, reading between the lines I think this tells us that there does not appear to have been any attempt for Pete Jackson to go through the proper Church of England assessment processes for ordination. These are, to meet with a Diocesan Director of Ordinands who may also request the candidate meet with some other examining chaplains, to then (if the DDO is willing to put the candidate forward) attend a Bishops’ Advisory Panel who will either recommend the candidate for training or turn him/her down. Then, after training the training institution gives a final recommendation as to whether the candidate should be ordained.

Got that? Now compare that to what the press release tells us. Firstly, Pete Jackson was approved by the Reform Panel of Reference. Would it be churlish of me to respond “So what?” The Reform Panel of Reference is not part of the official Church of England ordination process so it is neither here nor there as regards whether Pete Jackson was a validÂ Ordinand.Â  Secondly, Pete Jackson studied at Oak Hill. Now I happen to think that Oak Hill is a great training college and it could be that Pete Jackson even attended some of the ministry specific components of the Oak Hill course, but none of that is a reason why he should be ordained in the Church of England. Lots of independent students attend Oak Hill as they do many other Anglican training colleges in England.

So why wasn’t Pete Jackson ordained by Sheffield Diocese? Well we don’t know, but it appears that since Christ Church Walkley was not operating as an official Church of England plant, the leadership chose instead to approach the Kenyan Church who were more than happy to ordain Pete Jackson. This of course came as a complete surprise to the Diocese of Sheffield who said,

The Diocese of Sheffield was made aware last week that Pete Jackson from Christ Church Walkley had been ordained in Kenya on Saturday 9 February 2013.Â This came as a total surprise as we had no prior knowledge or communication regarding this. We continue to seek further clarification and dialogue with those involved in the ordination at various levels and are taking advice so that we have a comprehensive picture of what took place.Â This will enable us to reflect further on the developments and their implications.

Well, yes, but the same goes forÂ any pastor of any church not part of the Church of England surely? And this leads me to ponder what is really going on here. As far as I can see there are two possible scenarios.

Now if this second scenario is the case then there are serious implications and conservatives should pause for thought before blindly accepting it. What it implies is that it is perfectly reasonable for Evangelicals to bypass the official Church of England structures because they don’t suit them and simply get ordained elsewhere. This is a dangerous precedent precisely because what’s sauce for the goose is also sauce for the gander – if conservatives start ignoring the structures then we have no right to complain when liberals do the same.

Finally, please let no-one misunderstand what I am saying. I think the Christ Church plants are a great mission initiative and a heartily approve of it. Here’s the video as a part of Christ Church Fulwood’s Vision 2013 series.

Brilliant, but it begs the question – if Christ Church Fulwood is choosing to operate these church plants outside the Church of England parish system, why are they then complaining when the Church of England doesn’t recognise them? Once again, St Thomas’ Philadelphia was carved out of a local parish with the full approval of the Diocese – why couldn’t that happen again? What has gone wrong?

Ultimately this is a conflict of two competing missional strategies and we see this at play in the very Diocese we are discussing. The first strategy seems to be to plant churches in other parishes regardless of the wishes of that parish or the wider Diocese and then to seek (to all intents and purposes) alternative oversight for that church. The second strategy is to try and work with the Diocese to provide proper resources for planting, but accepting the limitations of accountability within the Diocesan structures. St Thomas’ Philadelphia manages this quite successfully by being formally an Anglican and Baptist LEP (Local Ecumenical Partnership) and this then allows them to have St Thomas Crookes as a formal “Anglican” church, Philadelphia as a formal Anglican / Baptist joint venture and City Base and Kings Centre as quasi-Baptist church plants. It also means that St Thomas’ Anglican ordinands can move through the Philadelphia and Crookes sites and into the formal Church of England assessment structures as many do.

And if that happens successfully for St Thomas’ and its plants, why not for Christ Church and its plants? The answer to that question might be the thing that explains the real reasons for this whole situationÂ occurringÂ in the first place.

15 Comments on “A Little Spat in Sheffield”