A story about Andrea Minichiello Williams of Christian Concern has been making some traction over the past few days. The website BuzzFeed has the following report. 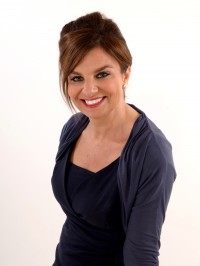 During her remarks, Andrea Minichiello Williams of the United Kingdomâ€™s Christian Concern said Jamaica had the opportunity to become a world leader by fending off foreign pressure to decriminalize same-sex intercourse.

â€œMight it be that Jamaica says to the United States of America, says to Europe, â€˜Enough! You cannot come in and attack our families. We will not accept aid or promotion tied to an agenda that is against God and destroys our families,â€™â€ she said, adding to applause, â€œIf you win here, you will have an impact in the Caribbean and an impact across the globe.â€

She made the case that it is a â€œbig lieâ€ that homosexuality is inborn, arguing instead it is caused by environmental factors like â€œthe lack of the fatherâ€ and â€œsometimes a level of abuse.â€ She illustrated her point with the case of 19-year-old British diver Tom Daley and his reported relationship with American screenwriter Dustin Lance Black.

Daley, she said, who is â€œloved by all the girls and had girlfriends,â€ had â€œlost his father to cancer just a few years ago and heâ€™s just come out on YouTube that heâ€™s in a relationship with a man, that man is 39, a leading gay activist in the States.â€

Williams warned that removal of Britainâ€™s sodomy law was the start of a process that has led to more and more permissive laws, including equalizing the age of consent laws for homosexual and heterosexual intercourse.

â€œOnce you strip away all this stuff, what you get is no age consent â€¦ nobody ever enforces that law anymore,â€ she said. â€œWe already have a strong man-boy movement thatâ€™s moving in Europe.â€

She also described several cases in which she said people had been fired for their jobs for their opposition to LGBT rights and said people with views like hers are being silenced in the media and intimidated with the threats of hate-speech lawsuits. This was especially true, she suggested, when organizations like hers try to claim a connection between homosexuality and pedophilia, she said.

â€œThey hate the line of homosexuality being linked to pedophilia. They try to cut that off, so you canâ€™t speak about it,â€ she said. â€œSo I say to you in Jamaica: Speak about it. Speak about it.â€

She took issue with the notion that advancing such arguments in opposition to expanding legal rights for LGBT people was hate speech. On the contrary, she said, â€œWe say these things because weâ€™re loving, weâ€™re compassionate, weâ€™re kind, because we care for our childrenâ€¦. It is not compassion and kind to have laws that lead people [to engage] in their sins [that] lead to the obliteration of life, the obliteration of culture, and the obliteration of family.â€

Now, in approaching this report I want to be as generous as possible to Andrea, so here’s some thoughts about what is written above.

In summary, we have one report from a man who obviously has an axe to grind. Then, based on this one uncorroborated report some people have jumped to a number of conclusions as to what Andrea Minichiello Williams intended by her speech (of which we only have snippets). It’s not good enough I’m afraid.

However, having said all that, it would be really useful if Andrea could clarify exactly what she said at the conference and what she meant by homosexuality being linked to pedophilia (if she even said that).

Please be careful in your comments – let’s remember that this is an uncorroborated report so until we have some confirmation I’m not prepared to treat it as “gospel” and I will not accept abuse of Andrea on the basis of it. Equally, if you want to support the contention that paedophilia is linked to homosexuality, please provide a link to the full text of a primary source to support your contention.