So apparently Cameron is being divisive. 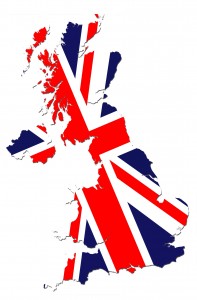 The signatories accused Mr Cameron of â€œmischaracterisingâ€ Britain with â€œnegative consequences for our politics and societyâ€.

They said they had decided to speak out because of what they see as increasingly common incursions of religion into politics.

The lead signatory Prof Jim Al-Khalili, the Iraqi born physicist and author â€“ who is the current president of the British Humanist Association â€“ said Mr Cameronâ€™s intervention was just part of a â€œdisturbing trendâ€.

They wrote: â€œWe respect the Prime Minister’s right to his religious beliefs and the fact that they affect his own life as a politician.

â€œHowever, we wish to object to his repeated mischaracterising of our country as a ‘Christian country’ and the negative consequences for our politics and society that this view engenders.â€

They argued that, apart from a â€œnarrow constitutional senseâ€, there is no evidence to justify describing Britain as Christian.

â€œTo constantly claim otherwise fosters alienation and division in our society,â€ they wrote.

â€œAlthough it is right to recognise the contribution made by many Christians to social action, it is wrong to try to exceptionalise their contribution when it is equalled by British people of different beliefs.

â€œIt needlessly fuels enervating sectarian debates that are by and large absent from the lives of most British people, who â€“ as polls show â€“ do not want religions or religious identities to be actively prioritised by their elected Government.â€

So let’s get this straight. Cameron’sÂ causing division and it will have negative consequences?

That must be why since the Prime Minister’s interview was published, not one single faith leader from the Muslim, Buddhist, Jewish, Hindu, Sikh, Jain, Animist, Rastafarian or any other community has complained.

In fact, the only religion to complain are the atheist humanists. Funny that.