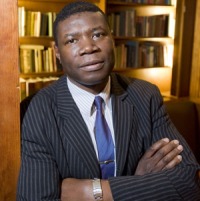 You might remember the story of Gary MacFarlane who was sacked as a Relate counsellor because he refused to counsel homosexual couples. We carried the story back in January of the Employment Tribunal where it was ruled that MacFarlane was not discriminated against.

There has now been another Tribunal hearing, an appeal, but once again MacFarlane has lost. This is the Christian Institute report:

A Christian counsellor who was sacked because he did not want to give homosexual couples sex advice has lost his religious discrimination appeal.

Gary McFarlane says Relate sacked him after he said he could not do anything that would encourage homosexual sex.

Mr McFarlane, from Bristol, claimed unfair dismissal and discrimination contrary to the Employment Equality (Religion or Belief) Regulations 2003, but the Employment Appeals Tribunal (EAT) in London rejected his claim.

The Christian Legal Centre (CLC) was supporting Mr McFarlaneâ€™s case and expressed concern at the outcome.

CLCâ€™s Director, Andrea Minichiello Williams, said: â€œThe seriously worrying underlying point in this case, which the Court has refused to accept, is that for religious belief to be protected it is necessary to uphold the right to manifest that belief.â€

She explained that Mr McFarlane was prepared for other counsellors to help same-sex couples in psychosexual counselling.

But Mrs Minichiello Williams said: â€œHe simply asked that on the rare occasions he was asked to do the same, his employer roster another counsellor to handle the case.

I have great respect for the work of the CLC and support them on most of the cases they undertake, but in this instance I maintain my position that MacFarlane’s position was untenable. As I wrote back in January:

It seems to me that the only way that McFarlane could argue in favour of counselling umarried “straight” couples but not “gay” couples is if he had an objection to gay sex per se, an objection that was unconnected to his Christian faith. If he was really being true to his convictions then he should have raised an issue with counselling both groups, which would have demonstrated that his objection was not so much with the sexual orientation of those being counselled, nor their sexual practices but rather their marital status.

And I think this is vitally important, because as we move year by year to a society that is increasingly institutionally hostile to the truth of the gospel, we need to make sure that when we “stand up for our rights” we are truly standing for the gospel. In this case it appears to me that McFarlane was not (however well intentioned) standing for the truth and his right to be a Christian, but rather was objecting to having to counsel those involved in gay sex because of his dislike for gay sex.

My position hasn’t changed since then. If we are to argue effectively in defending Christians when they live out lives that place Jesus at the centre, then we have to think very carefully about whether what we are defending is Scriptural or not. Unfortunately, in the case of MacFarlane his willingness to counsel one kind of fornicator, but not the other, meant that his position was indefensible.

If anybody can point me to where I can get a copy of the latest ruling I’d be grateful. Meanwhile I’m sitting tight waiting for the Lillian Ladele appeal ruling which has a much better chance of being successful (and rightly so).