The astonishing light of our own being is deep within us, accessed and released by theÂ connectingandÂ beingÂ states of non-ordinary consciousness. As we become conscious of our own inner light, we are then able to let it radiate out through our lives every day. We press past all the all of the destructive conditioning from religion and society about how bad we are and how separated from God we are. It is in the depths of prayer, reflection and worship that we come to glimpse our own Unique Self that is One with the God of All Light.

The light ofÂ InfiniteÂ God shines brightly in the beauty of nature, and in the ever-evolving physical world and beyond. We access it by observation, reflection and scientific study. For Christians and others who will look, the light ofÂ IntimateÂ God shines in Jesus, the awesome light of God in first century sandals. The light of theÂ InnerÂ God is that indescribable radiance of our True Self. This inner light is the one most hidden under our inadequate beliefs and lack of awareness. The vast majority of Christians have been taught this light does not exitsÂ asÂ us, but only, at the most, as a visitor or guestÂ inÂ us. We must exchange this less than adequate belief for Jesusâ€™ clear word that weÂ areÂ the Light.

The journey to letting our light shine is always one step, one practice, one day at a at time. Each repeated practice of exercising and nurturing our physical, emotional, mental and spiritual bodies moves us to releasing more wondrous light into this world.

None is righteous, no, not one;
no one understands;
no one seeks for God.
All have turned aside; together they have become worthless;
no one does good,
not even one.â€

All have sinned and fall short of the glory of God, and are justified by his grace as a gift, through the redemption that is in Christ Jesus, whom God put forward as a propitiation by his blood, to be received by faith. This was to show God’s righteousness, because in his divine forbearance he had passed over former sins. It was to show his righteousness at the present time, so that he might be just and the justifier of the one who has faith in Jesus. 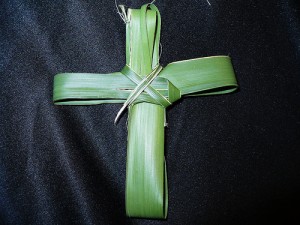 Postcolonial critics like to dismiss Christianity as the â€œwhitenessâ€ of religions: the presupposed zero level of normality, of the â€œtrueâ€ religion, with regard to which all other religions are distortions or variations. However, when todayâ€™s New Age ideologists insist on the distinction between religion and spirituality (they perceive themselves as spiritual, not part of any organized religion), they (often not so) silently impose a â€œpureâ€ procedure of Zen-like spiritual meditation as the â€œwhitenessâ€ of religion. The idea is that all religions presuppose, rely on, exploit, manipulate, etc., the same core of mystical experience, and that it is only â€œpureâ€ forms of meditation like Zen Buddhism that exemplify this core directly, bypassing institutional and dogmatic mediations. Spiritual meditation, in its abstraction from institutionalized religion, appears today as the zero-level undistorted core of religion: the complex institutional and dogmatic edifice which sustains every particular religion is dismissed as a contingent secondary coating of this core. The reason for this shift of accent from religious institution to the intimacy of spiritual experience is that such a meditation is the ideological form that best fits todayâ€™s global capitalism.

Self-actualisation isÂ antitheticalÂ to the Gospel. It is the realisation of the utter depravity of the self and the need for an imputation of righteousness and sanctification that is the hallmark of true religion. Theologies that reject this notion and instead elevate the individual as the divine (or a demiurge thereof) are simply spiritual manifestations of the glorification of self that so pervades our modern Western culture.