So the Counsellors and Psychotherapists (Regulation) Bill has been published and it’s exactly what I expected. 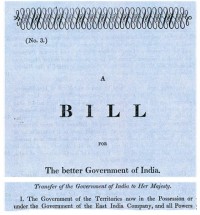 Provide that the Health Professionals Council be the regulatory body for counsellors and psychotherapists; and for connected purposes.

by the Queenâ€™s most Excellent Majesty, by and with the advice and consent of the Lords Spiritual and Temporal, and Commons, in this present Parliament assembled, and by the authority of the same, as follows:â€”

(1) Section 60 of the Health Act 1999 (Regulation of health care and associated professions) is amended as follows.

â€œ(cb) the professions regulated by the Counsellors and Pyschotherapists (Regulation) Act 2013,â€.

2 Code of ethics for registered counsellors, therapists and psychotherapists

(2) The Council shall prepare and publish a code of ethics (â€œthe codeâ€) for registered counsellors, therapists and psychotherapists.

(3) The code must include a prohibition on gay to straight conversion therapy.

(4) Agreement to abide by the code shall be a condition of admission to the register maintained by the Council under the Health and Social Work Professions Order 2001 (â€œthe registerâ€).

(1) Where a patient complains to the Council that a registered counsellor, therapist or psychotherapist has breached the code, the Council must investigate that complaint.

(1) This Act may be cited as the Counsellors and Psychotherapists (Regulation) Act 2013.

(2) This Act comes into force at the end of the period of 6 months beginning with the day on which it is passed.

So, this leaves us with the obvious question – why should “gay to straight conversion therapy be banned”?

There was an interesting discussion this morning on 5Live with Mike Davidson of the Core Issues Trust and a representative of Stonewall. Listen to it by clicking play below.

Note the two studies mentioned in the report – Shidlo and Shroeder (2002) and Spitzer (2003). I wrote about these two studies last year and noted that if you reject one then you have to reject the other.

Itâ€™s worth stopping for a moment at this point and reflecting on same key points from the S&S methodology. Key factors in their approach were,

Now, at this point you might be suddenly wanting to scroll up the page to have another look at Daniel Gonzalezâ€™s list of criticisms of Spitzerâ€™s study. To save you the time, Iâ€™ll just provide a table right here so you can compare the two methodologies.

It strikes me that advocates of S&S 2002 cannotÂ be logically consistent if they (quite rightly) reject Spitzer 2003 on the basis of itâ€™s methodology and then quote Shidlo and Schroeder 2002 on the subject of harm. If Spitzerâ€™s methodology was flawed for only seeking participants who wanted to report success of SOCE, for asking them to recall events in the past which they might either falsely recall because of the passage of time OR because they wilfully wanted to misrepresent the truth of the outcome of therapy and for using only a telephone interview, then Shidlo and Schroederâ€™s methodology is equally so. One cannot reject one of the basis of methodology without rejecting the other.

That then is the context of this Bill. It is being propagated on the basis of ONE piece of research that is itself flawed in the most basic senses (selection bias, unqualified and unquantified outcomes). Do we really want to make legislation on the basis of this?

Let me say it again. There is only one piece of research that even approaches the acceptable standards for having good research in this area (a proper longitudinal approach, quantified and qualified definitions of “harm”) and that is the Jones and Yarhouse ExGay Study. They found (in the most statistically significant part of their outcomes) that the SOCE therapies they observed did not cause any harm in participants, even those who dropped out of the programme and later adopted a “gay lifestyle”.

This Bill in front of Parliament presents us with a very interesting moment. Are we going to introduce legislation based on proper researched concerns of evidenced harm from such therapies (none exists) or are we just going to let a dogmatic approach over-rule common sense?

7 Comments on “The Ex-Gay Therapy Bill”