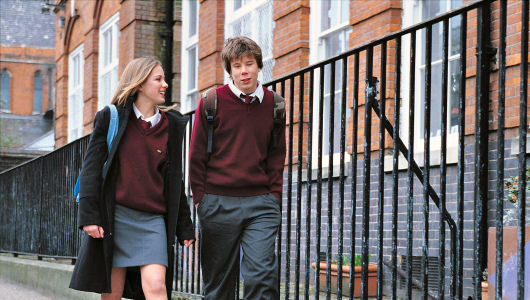 The Bill that I’ve been asked to talk about on Sunday has now been published prior to it’s second reading in the Commons today. You can read it for yourself here and for reference, the current (amended) version of the relevant sections of 1996 Education Act is here.

The effect of Chris Bryant’s Bill is to change the sex education sections to read as follows.

(1)â€œThe governing body or other proprietor of any school to which this section applies, and its head teacher, must take such steps as are reasonably practicable to ensure that sex and relationships education is given to registered pupils at the school and that at a maintained school, it is given in such a manner as to encourage those pupils to have due regard to moral considerations and the value of family life.

(1ZA) The schools to which this section applies areâ€”
(a) maintained schools;
(b) city technology colleges;
(c) city colleges for the technology of the arts;
(d) Academies.
A reference in this section or section 404 to the governing body of a school, in relation to a school within paragraph (b), (c) or (d), shall be read as a reference to the proprietor of the school.â€

(1A)The Secretary of State must issue guidance designed to secure that â€œwhen sex and relationships education is given to registered pupils at schools to which this section appliesâ€”
(a)they learn the nature of marriage and its importance for family life and the bringing up of children, and learn the nature of civil partnership and the importance of strong and stable relationships.

(1B)In discharging their functions under subsection (1) governing bodies and head teachers must have regard to the Secretary of Stateâ€™s guidance.

(1C)Guidance under subsection (1A) must include guidance about any material which may be produced by NHS bodies for use for the purposes of sex and relationships education in schools.

(1D)The Secretary of State may at any time revise his guidance under subsection (1A).

(2)In this section â€œmaintained schoolâ€ includes a community or foundation special school established in a hospital and â€œNHS bodyâ€ has the same meaning as in section 22 of the National Health Service Act 1977.

(1)The governing body of a maintained school shallâ€”
(a)make, and keep up to date, a separate written statement of their policy with regard to the provision of sex education, and
(b)make copies of the statement available for inspection (at all reasonable times) by parents of registered pupils at the school and provide a copy of the statement free of charge to any such parent who asks for one.

(1A)A statement under subsection (1) must include a statement of the effect of section 405.

(2)In subsection (1) â€œmaintained schoolâ€ includes, in relation to pupils who are provided with secondary education, a community or foundation special school established in a hospital.

(1) If a pupil of sufficient maturity in attendance at a school to which section 403 applies requests to be wholly or partly excused from receiving sex and relationships education at the school, the pupil shall be so excused accordingly until the request is withdrawn.

(2) The Secretary of State must in regulations define â€œsufficient maturityâ€.

(3) A statutory instrument containing regulations under subsection (2) may not be made unless a draft of the instrument has been laid before and approved by a resolution of each House of Parliament.

(4) The Secretary of State must lay draft regulations before Parliament before the end of the period of 3 months beginning with the day on which this Act is passed.â€.

The three main changes are as follows.