Drama Therapy at the Secret Synod 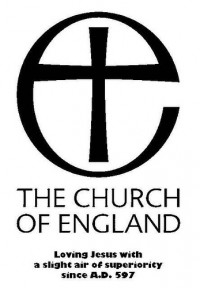 Yesterday’s General Synod session on Women Bishops was held in secret. Sorry, in private. Well, in secret. Well, the general public wasn’t allowed to watch certainly. You make your mind up.

Anyway, one of the things that went on in the #secretsynod (hashtag of the day if ever there was one) was some drama therapy. Apparently this took the form of a bunch of actors on stage playing out a situation around the debate on Women Bishops. Any of the synod members could jump in and take over the place of one of the actors and carry on the conversation / scenario as they wanted to. Apparently this would let Synod members express themselves in a new environment and engage with the issues.

Anyway, this sounds a lot like psychodrama therapy to me but if it was it was incomplete therapy, because in psychodrama therapy after you’ve acted something out you then feedback to the group how engaging in the drama made you feel or comment on other aspects. None of this happened in the secret synod session.

So there you have it. Mormons get to do special rituals and learn how to become Gods in their secret (sorry, “sacred“) sessions. Anglicans get to pretend to be themselves.

As an interesting aside, Mike Davidson of Core Issues (the chap who was ejected from his professional association for having the temerity to offer therapy to people who asked him for it) was training to be a psychodrama therapist. So basically we’re saying that General Synod used the exact same techniques that an ex-gay counsellor uses. The exact same techniques. Now that’s a cool story for the newspapers…

Update – John Bingham has a detailed description of the therapy and some responses.

After six hours of discussions a drama group called Green Blade Theatre, run by the Rev Eva McIntyre, a writer and Anglican priest, took to the stage for a sketch called â€œKill The Billâ€, a tongue-in-cheek reference to the violent Quentin Tarantino film Kill Bill.

The characters are a group of Anglicans stuck in a Big Brother house including a bishop, a woman priest, some traditionalists and someone who wanted to please everyone at the same time.

The bishop tells the other actors and actresses that a â€œbillâ€ â€“ represented by a young woman in a t-shirt – would be taken away and murdered unless they could come up with a solution to their differences within three minutes.

As they tried to do so, members of the Synod were then invited to shout â€œfreezeâ€ and step in and take over one of the actorsâ€™ roles.

At one point, the Venerable Jan McFarlane, the Archdeacon of Norwich, one of the most prominent campaigners for women in the episcopate, stepped into the role of the bishop, taking the actorâ€™s dog collar and joking: â€œAll sortedâ€.

Several others stepped in attempting to save the young women from certain death.

But as one participant ruefully commented afterwards: â€œUnfortunately she got killed several times this afternoon.â€