After two days of listening to leading members of CEEC and Reform talk about the “change” in policy (which is no real change at all) on clergy in Civil Partnerships being allowed to be considered for episcopal nominations, it strikes me that some political considerations have been made in the Conservative Evangelical camp. Let me explain. 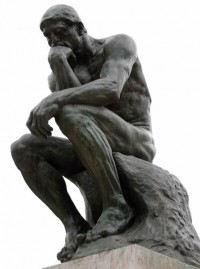 The main criticism made in 2005 when the House of Bishops first produced their policy on clergy and Civil Partnerships was that such relationships would be assumed by everyone to be sexual in nature. This was contested by the House of Bishops by the very nature of the pastoral statement saying that such celibate relationships were possible. The criticism then moved back to the “Jeffrey John” argument, that bishops should not only be seen to be celibate but also to be repentant of previous sexual sin. Indeed, these very arguments were used by the Church House lawyers at the time of the Southwark controversy when Jeffrey John’s nomination for that See was blocked on those very same grounds.

Now however Conservatives seem to be moving back to the old, “Ephesians 5:3” argument, that it is what the perception of such Civil Partnerships are that matters, not what they actually are. There are two possible grounds for this.

On this morning’s BBC Sunday there was a useful interchange between Bishop Harries (former Bishop of Oxford) and Archdeacon Michael Lawson (Chair of CEEC). The final part of the conversation went like this.

Lord Harries : Surely if a couple are in a committed relationship but because of the discipline of the Church they commit to celibacy, that is a witness to the transforming power of Christ in their lives?
Michael Lawson : I agree with that, but it’s what the watching world make of it that is the issue.

Now, if I’d been on the programme my response to the Bishop would have been, “Yes, but true transformation is not just change in outward behaviour but change in inward belief – that’s why someone truly transformed would have no problem beingÂ repentantÂ for previous sinful behaviour”.

What do we think?