Dear readers, before we begin this review, I need to teach you a little bit of theology. All will become apparent once we have made a bit of theological and historical progress, so gird your loins, pick up your Bibles and let’s learn all about antinomianism.

“Anti-what”, I hear you say? “My mother hasn’t got a sister called Nomi and I certainly wouldn’t base a philosophy around her thank you very much”, I hear you say. Calm down dears, it’s only a book review. Antinomianism is the ism of Antinomians and that word comes from the words “Anti” (meaning against) and “Nomis” (meaning Law). Antinomian = Against the Law. As Wikipedia (the fount of all knowledge) puts it,

AntinomianismÂ inÂ ChristianityÂ is the belief that under theÂ gospel dispensation of grace,Â moral lawÂ is of no use or obligation becauseÂ faithÂ alone is necessary toÂ salvation. 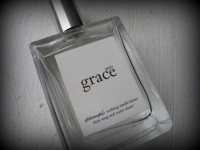 Antinomianism has a long pedigree. It first pops up with a lovely chap called Marcion who taught that you could basically tear out of your Bible most of the Old Testament because it was really all about a nasty God who we didn’t have to deal with. Marcion taught that because we are saved by grace, it doesn’t matter what you do afterwards – you could live a life of absolute depravity and it really wouldn’t affect your final heavenly destination. He was followed by theÂ Carpoeratians who taught that Christians didn’t even have to obey human laws, let alone the moral laws of the Old Testament. During the Reformation when Luther “rediscovered” the truth of salvation by grace, antinomianism was taught by men like (the unfortunately named) Schitter, Johannes Agricola and others who preached that Christians were freed from any obligation to obey the moral laws laid out in the Bible. Luther was so troubled by this that he wrote six dissertations against Agricola (if you want to imagine Luther writing responding to false teaching imagine Robert Gagnon in one of his essay writing modes, but on steroids) in which he famously penned the sentence,

“theÂ lawÂ givesÂ manÂ theÂ consciousnessÂ ofÂ sin, and that theÂ fearÂ of theÂ lawÂ is both wholesome andÂ necessaryÂ for the preservation ofÂ moralityÂ and of divine, as well asÂ human, institutions”

What Luther meant was this – God reveals his moral law and expects us to abide by it. We are not saved by obeying the law, but obeying the law reveals that we are saved. Crucial to Luther’s understanding of salvation was not just the forensic act of God in declaring us righteous, but God then sending us the Holy Spirit to regenerate our very being. This means that those who are saved are changed creatures who not only recognise what sin is (as opposed to having been rebels with scales over their eyes who rejected the notion of sin in the first place) but also hear and respond to a Divinely originated call from beyond themselves (but placed deep within their being) to walk away from sinful practice, and to crucify the broken and fallen self. Luther argues that the evidence of salvation is a changed life – trying to reject sin and walk in holiness does not earn salvation, it demonstrates that salvation has been given, because those who consistently walk in sinful practices (and the rebellion of heart which rejects the sinfulness of those actions) are by their very nature unsaved.

So you see then why antinomianism is such a big and dangerous heresy. It crucially misses a number of key aspects of classical discipleship which are shared across the main Christian traditions.

Antinomianism is cheap grace, the idea that one can be saved and then do nothing at all.Â Dietrich Bonhoeffer wrote,

Cheap grace is the preaching of forgiveness without requiring repentance, baptism without church discipline, communion without confession.

Let me add to that. Cheap grace is the calling on the name of Jesus without ever evidencing that that calling was efficacious. By contrast, true saving grace, evidences the fruit of the transforming regeneration of God in the witness of a life that daily grows to acknowledge and confess sin and to be a living example of increase in holiness. Ultimately antinomians teach thatÂ nothing a Christian can do is unrighteous or unholy. By contrast, Biblical Christianity teaches that believers live a day to day struggle against temptation and sin and that the journey of discipleship involves recognising our sin, confessing it and letting God transform it. At the heart of the antinomian is a false assurity that he can do whatever he wants now he is saved. By contrast, the heart of the Biblical doctrine of justification and sanctification is that I, as a wretched sinner, have been redeemed by Christ’s merits and not my own and my response is to offer myself as a living sacrifice, recognising and laying down my sinful nature each day as God sanctifies me to his glorious purposes. 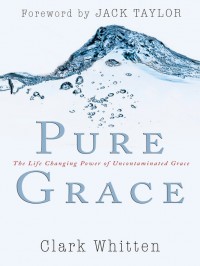 And so to our book review. Are you sitting comfortably? I’ll begin.

Pure Grace by Clark Whitten is a book that teaches antinomianism. It teaches that it is not necessary for Christians to evidence a transformed life, to seek purgation of the fallen self, that God doesn’t care at all if believers sin and even that ChristiansÂ shouldn’t confess their sins to God.

Really, words fail me. Even at just fifty pages in I lost all theological will to live.